PSV U1 have strengthened their squad by the signing of 22-year-old German midfielder. The former Bayer Leverkusen and FC Kaiserslautern player put pen to paper on a contract on Thursday afternoon that will keep him at PSV until the summer of 2019.

'Look forward to the new challenge'
Frey impressed the PSU U21 coaching staff when he was on trail in August and PSV made the holding midfielder a contract offer. “I went home to Germany last week and hoped I could extend my stay in Eindhoven”, said Frey on Thursday morning, speaking to PSV.TV. “I am really looking forward to the new challenge after a fourteen-year spell in Leverkusen. PSV is a big club and as a youth player I played against a PSV youth team a few times.”

Leverkusen
Marlon Frey, who joined the Bayer Leverkusen academy in 2004, made his Bundesliga debut for the club against Borussia Monchengladbach on 15 December 2015, coming on as a substitute in the 87th minute in a 5-0 home win. He also made his debut in a European competition later in the season. He spent the 2016/17 season on loan with FC Kaiserslautern and made nine appearances in the 2.Bundesliga. 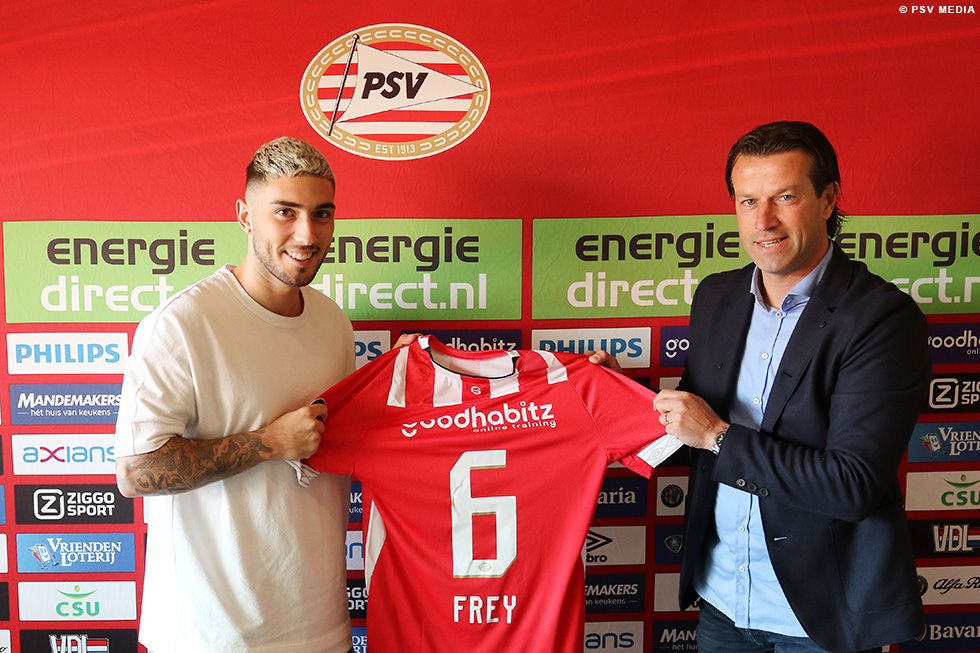