Jeroen Zoet and Jordy de Wijs signed new contracts with PSV, keeping them at the Philips Stadion until at least 2019. After Phillip Cocu had spoken to the media on Friday afternoon, the two players, who have risen through PSV´s youth ranks, put pen to paper on their new deals, accompanied by media representatives, their relatives and technical director Marcel Brands.

Zoet: ‘Happy to stay with PSV for some more years’
Jeroen Zoet, 6 January 1991, joined PSV in 2006. The goalkeeper, born in Veendam, was considered an exciting prospect and after a two-year loan spell at RKC Waalwijk he became a first-team regular in 2013. Zoet gained status as first-choice goalkeeper during Phillip Cocu´s first year in charge as head coach. Zoet has meanwhile made almost one hundred first-team appearances for PSV in all competitions and has been capped twice for his country. 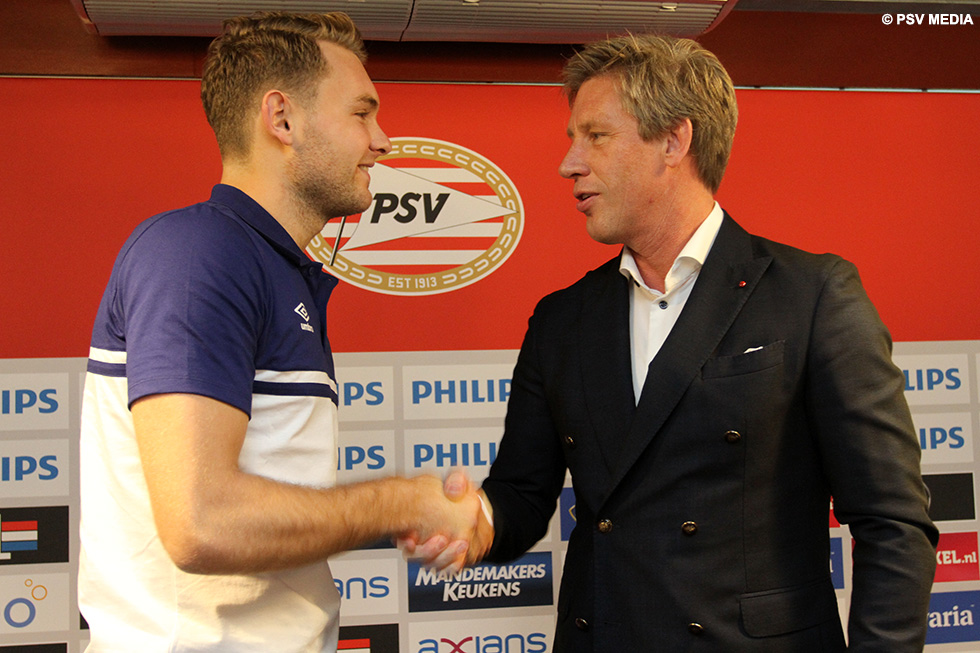 “I’m delighted to have signed a new contract”, said Zoet, after putting pen to paper on his new deal. “I’ve been with PSV since I was fifteen and love life at the club and in Eindhoven. I can still learn a lot. I am happy to stay with PSV for some more years and it is my challenge to continue to make progress. I am looking forward to continuing my development as a goalkeeper.” Zoet´s former contract was due to expire in 2017.

De Wijs: ‘Ambition to become first-team regular’
Jordy de Wijs also rose through the PSV youth ranks. The physically strong and quick defender joined PSV in the 2005/06 season and was promoted to the Jong PSV squad last season. His impressive displays with Jong PSV saw him rewarded with a place in the senior squad and he even made his UEFA Champions League debut against VfL Wolfsburg.  “I am very happy to sign a new contract with PSV”, said the 20-year-old left-footed defender. “For the club to show this faith and trust in me, I’m really appreciative. It’s my ambition to become a first-team regular with PSV. I will give my all to make this dream come true.” De Wijs’ former contract was due to expire next summer.

Marcel Brands delighted with contract extensions
“It’s always special to have a key player sign a contract extension but this one is very special”, said Brands on Zoet´s contract extension. "Jeroen has been with PSV, for a long time and he has made huge progress here. He has even been called up to the Netherlands squad. We feel he will continue to develop well as a goalkeeper and are glad he has pledged his near future to PSV.” 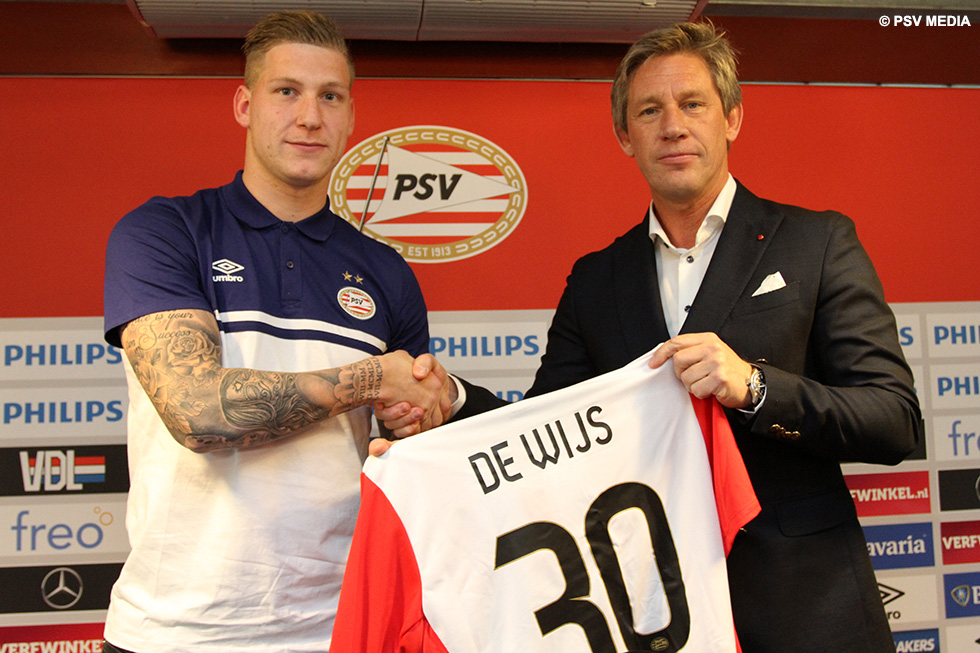