PSV’s 25-year-old captain Luuk de Jong has pledged his future to his club by signing a one-year contract extension. The leading goal scorer’s former contract was due to expire in the summer of 2019 but the striker has now extended his contract with PSV by another year until the summer of 2020.

'I am feeling appreciated here'
De Jong put pen to paper on his new contract after the final training session ahead of Sunday’s clash with Feyenoord. “When I first signed for PSV, the plan was to play here for two years and then consider my options. But things have exceeded expectations. I feel very much at home here and I am feeling appreciated here, which is important to me. That’s what you need when you play football. I am very happy that I will stay at PSV. I am in the right place here.”

58 goals
De Jong joined PSV from Borussia Monchengladbach in the summer of 2014, after he had spells at FC Twente and De Graafschap. De Jong, who has won twelve caps for his country so far, became a first-team regular in Eindhoven straightaway. Scoring 20 goals in his first year with PSV and 26 in his second season, he has had a great impact on winning the Eredivisie title two consecutive times. De Jong, who took over the captain’s armband from Georginio Wijnaldum, has scored 58 goals in 89 appearances in all competitions. He also won the Johan Cruijff Shield with PSV in 2015 and reached UEFA Champions League last 16 last season. 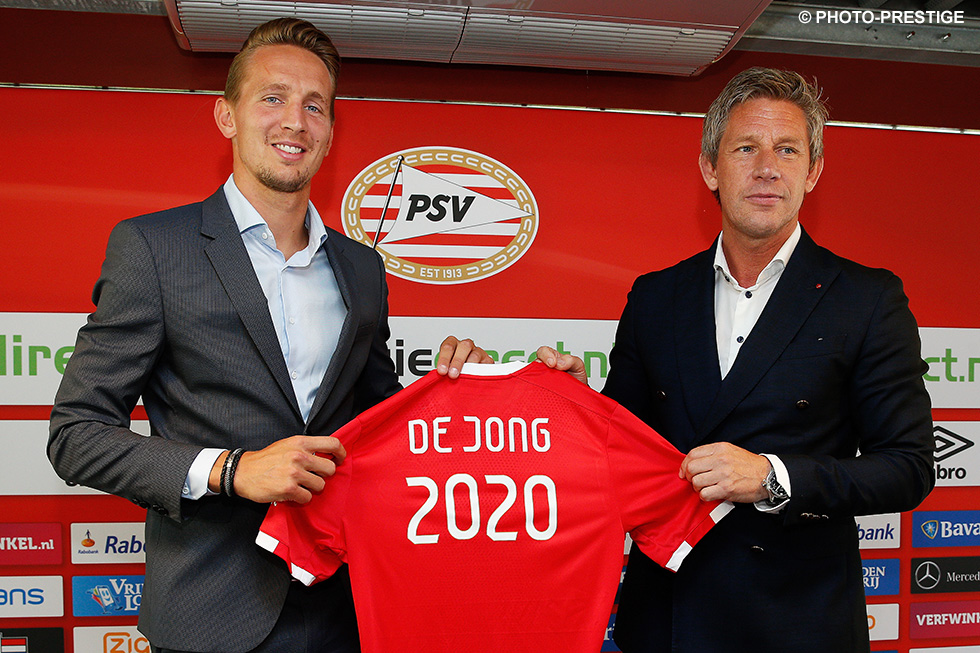