Zahavi one goal away from national record

Four PSV players were away on international duty this weekend to represent their countries. A survey.

Netherlands win over Latvia
The Netherlands made it three successive wins under their new manager Louis van Gall with a 1-0 triumph over Latvia in Riga last Friday night. Cody Gakpo was included in the starting line-up, along with former PSV stars Denzel Dumfries and Memphis Depay. Davy Klaassen put the Netherlands ahead in the 19th minute. That single goal settled the contest. As Turkey and Norway shared the spoils in a draw in the other Group G encounter, the Netherlands moved two points clear at the top of the group. Louis van Gaal’s team host Gibraltar on Monday night. Cody Gakpo has withdrawn from the Netherlands squad after suffering from concussion symptoms.

Sangaré scored third international goal
Ivory Coast cruised to a 3-0 win at Malawi to consolidate their position at the top of Group D of the African qualifiers. Ibrahim Sangaré scored the second goal of the match with five minutes remaining, this third goal in his career for the Ivorians. It was the third time in a row that he found the back of the net, following goals for PSV against FC Monaco and Sparta Rotterdam.

26 goals in 28 matches
Eran Zahavi has netted his 32nd goal for Israel in the 3-2 defeat against Scotland. Zahavi has made 67 appearances for his country. He has been in great form lately scoring 26 goals for Israel in the last 28 international matches. The striker is now one goal away from the record set by Mordechai Shpigler, who scored 33 goals for Israel between 1963 and 1977. Israel will meet Moldavia in a World Cup qualifier on Tuesday 12 October.

Drommel and Mwene
Phillipp Mwene was an unused substitute in Austria’s 2-0 win at Faroe Islands. Joël Drommel did not leave the bench, either, and is waiting to make his Netherlands debut. PSV U21 goalkeeper Vincent Müller did not feature for Germany U21, while Ritsu Doan, who was called up to the Japan squad, did not start due to an injury he had sustained.

Vertessen goal
Yorbe Vertessen netted his second goal for Belgium U21. The striker had the ball in the net in the 84th minute to secure a 2-0 win over Kazakhstan U21. Vertessen opened his Belgium U21 scoring account last month in the 3-0 win at Turkey U21. 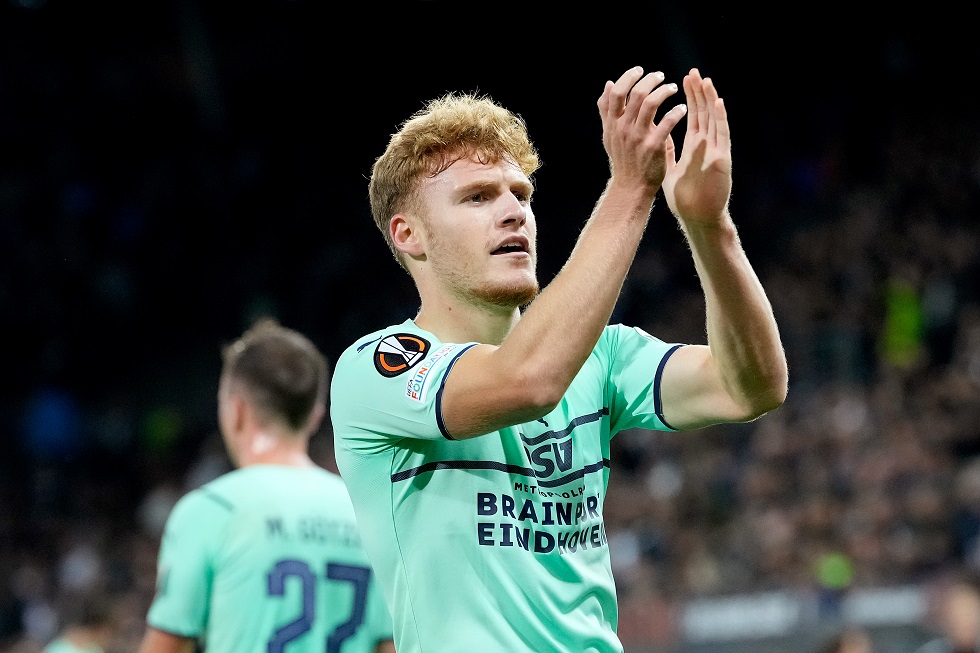