Will Dumfries make the difference once again?

PSV travel to Groningen on Sunday to face FC Groningen in round 26 of the 2019/20 Eredivisie season. Some facts & figures.

Previous meetings
PSV enjoy an eleven-game unbeaten run against FC Groningen. They last suffered defeat in 29 March 2014 when FC Groningen ran out 3-2 winners in the Philips Stadion. PSV also slipped to defat in that season’s reverse encounter in Groningen when a single goal by Filip Kostic was enough to separate the two sides. PSV won all of their previous three games against FC Groningen, including the 3-1 victory in this season’s reverse encounter in Eindhoven.

League titles
PSV clinched three of their 24 league titles on their visits to FC Groningen. PSV were crowned champions in Groningen in their penultimate match of the 1988/89 season, when Gerald Vanenburg and Wim Kieft scored a goal each to secure a 2-1 win. PSV also won the Eredivisie title in Groningen in 1992, following a 3-0 victory, thanks to goals from Wim Kieft, Juul Ellerman and Stan Valckx. And FC Groningen and PSV settled for a goalless draw in 2003, when the hosts avoided relegation and PSV were again crowned champions.

Former club
Ramon Pascal Lundqvist will face his former club PSV. After having spent four seasons in Eindhoven and six months on loan at NAC Breda, Lundqvist made a move to FC Groningen last summer. The Swedish midfielder is FC Groningen’s leading scorer with five goals, including the goal he scored in the 3-1 defeat in Eindhoven earlier this season. He could be the fourth FC Groningen player to score a goal against PSV in both the home and away match. 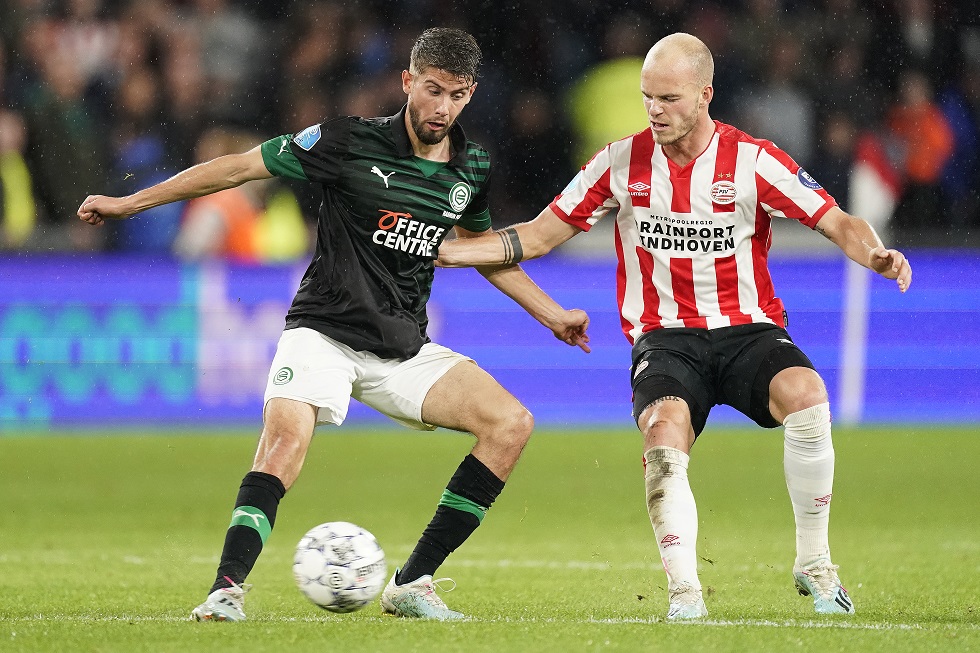 Serdar Gözübüyük has been chosen to take charge of Sunday’s game between FC Groningen and PSV. Kick-off is at 16.45.