PSV U21 goalkeeper Yanick van Osch made a number of excellent stops to ensure a goalless draw in an attractive, action-packed game against Telstar in the Rabobank IJmond Stadion on Friday evening.

Goalless
The first half in the Rabobank IJmond Stadion was played between two well-matched sides, currently lying fourth and sixth in the Jupiler League, with plenty of end-to-end stuff. The first chance of note fell to the home side on the half-hour mark when Yannick van Osch was called into action to deny Novakovich. Dennis Haar’s side responded almost immediately and Bram van Vlerken, at the end of a well-worked move, forced Telstar goalkeeper Rody de Boer into a fine save. Nikolai Laursen came close to breaking the deadlock on the stroke of half-time but De Boer once again kept Telstar in the game. 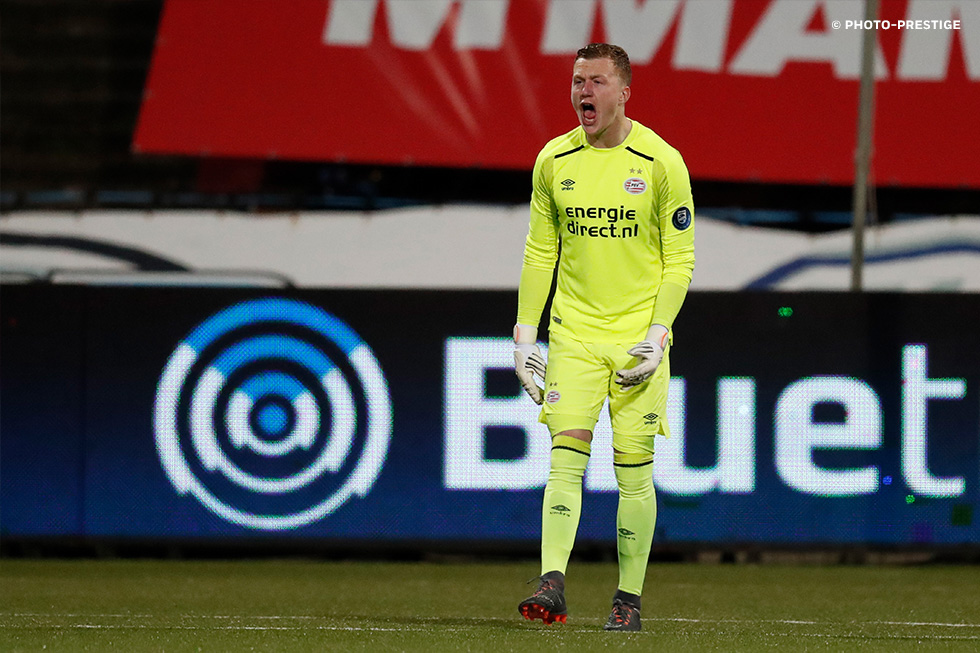 Attractive game
PSV U21 again came close to taking the lead straight after the restart when a shot took a deflection and came off the bar. The hosts dominated second-half proceedings. When Korpershoek and Platje burst through toward goal. the latter thought he had the goal at his mercy but Van Osch pulled off another save. PSV U21 survived a scare on 60 minutes when Novakovich’s header cannoned off the bar. Platje spurned a gilt-edged chance to win the game. PSV U21 almost snatched a late winner in the closing stages but Nicolai Laursen saw an effort cleared off the line. FT: 0-0