Timmy Simons received a Lifetime Achievement Award on Wednesday evening. The 40-year-old was visibly moved when the prestigious award was presented to him by PSV head coach Phillip Cocu, a former PSV team mate. Simons still plies his trade with Belgian side Club Brugge and made his 1000th appearance in an official game some ten days ago. “He’s a good player and sets an example to young players.”

'Our lion of Flanders’
Simons received the lifetime achievement award during the Golden Shoe gala night in Belgium. As a defensive midfielder, Simons made 218 appearances for PSV between 2005 and 2010. ‘Our lion of Flanders’, as he would be called, wore the captain’s armband in his last two seasons with PSV. The award came as a surprise for Simons. “I had never expected to be presented with this award, in the middle of the current season. You usually receive such an award when you have retired. I got very emotional, in particular when Phillip Cocu of all people quitter unexpectedly turned up. It was such a special moment for me”, said Simons.

Several former PSV players and former professional football players attended the ceremony. “He’s a good player and sets an example to young players”, said Aad de Mos. “He is a living legend and has proved you can make one thousand appearances if you take care of your body. He has always been a top player, both with PSV and Club Brugge and with the Red Devils.”

Thierry Henry shared Aad de Mos’ views. “It is not easy to make it to top level and stay there, at his age”, said the former professional football player, who is assistant coach of the Belgian national team. “I don’t know if he will retired at the end of the season or continue for one or more seasons, but one thing is for sure: He has had a sensational football career.”

“Simons has never been a conspicuous player but he has always been important as a team player”, said his compatriot and former PSV player Marc Degryse. “He has always put in fine displays and invariably met expectations. If he has his way, he will go on for at least for one more season.” 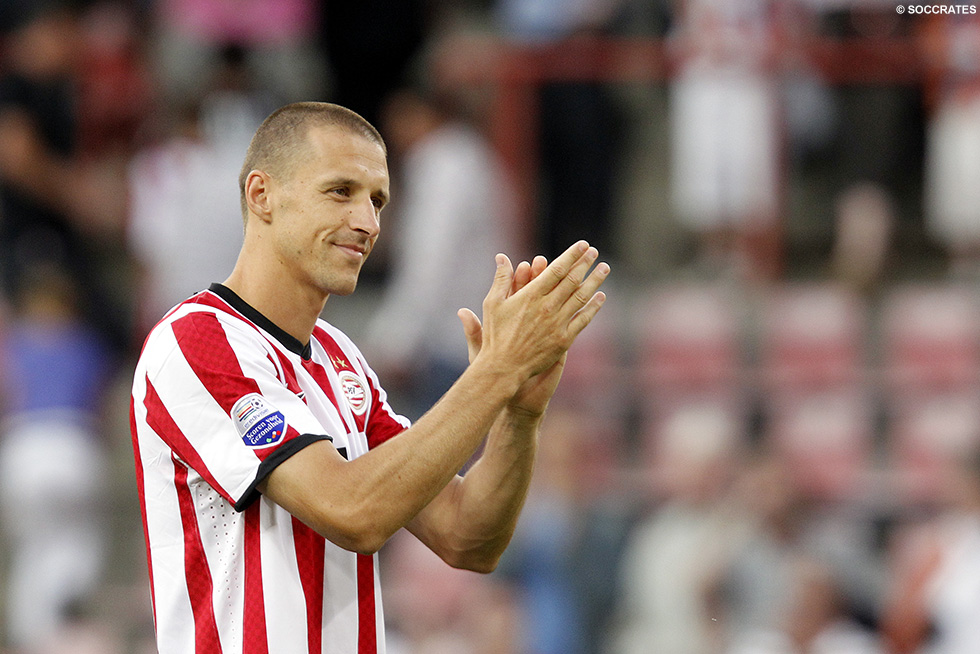