Three goals and three points for PSV in Alkmaar

PSV maintained their perfect start to the season with a 3-0 win over AZ at the AFAS Stadion in Alkmaar on Saturday night, thanks to lovely goals from Olivier Boscagli and substitutes Yorbe Vertessen and Ritsu Doan.

High-tempo football
Both teams played high-tempo football from the first whistle and enthusiastically looked to score the important opening goal. The first chance of the game fell to PSV. Left back Philipp Max sent in a low cross but AZ’s Danish goalkeeper Peter Vindahl bravely dived to deny Eran Zahavi from tapping home. Cody Gakpo fired a long range effort straight at the AZ custodian. At the other end, Vangelis Pavlidis just could not connect with Jordy Clasie’s long ball.

Boscagli unleashed thunderbolt
Olivier Boscagli broke the deadlock for PSV in the 14th minute. The Frenchman, who operated in midfield to replace Ibrahim Sangaré, unleashed a stunning thunderbolt strike from 30 yards out that whistled into the top corner  and left Vindahl rooted to the ground : 0-1. A goal of great beauty. AZ immediately went in search of an equaliser and Armando Obispo and his partner in the centre of defence André Ramalho were put under pressure by the AZ forwards. The hosts created a number of chances but failed to take them. Jesper Karlsson put an effort wide, while Philipp MAX made a late sliding tackle to deny former PSV winger Zakaria Aboukhlal. HT: 0-1. 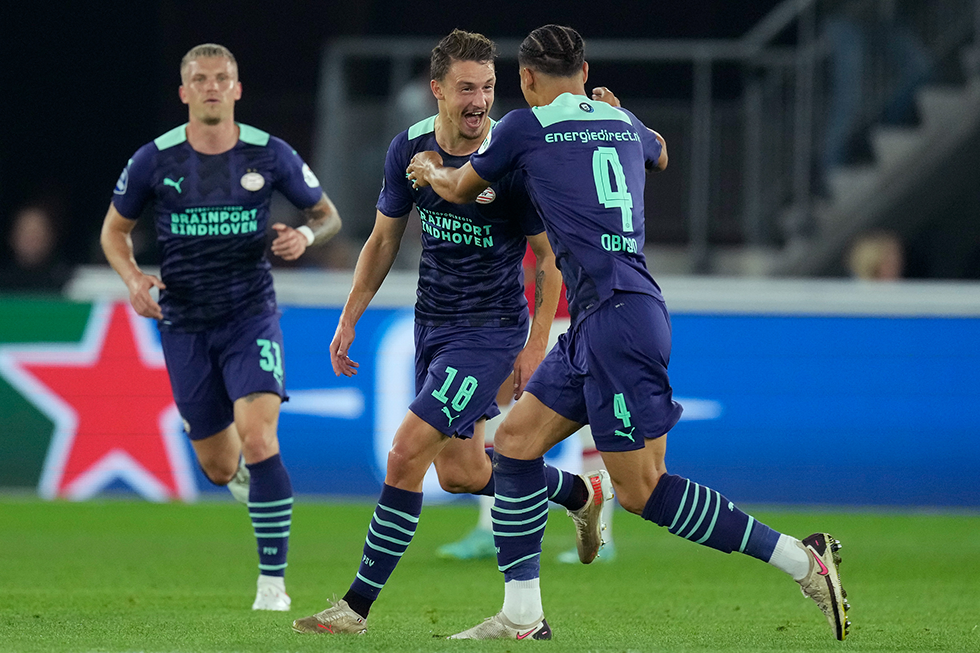 Long-awaited return
Zahavi curled a long-range effort just over the bar as both teams continued to play a high-intensity game. Roger Schmidt made four changes early in the second half with Érick Gutiérrez, Bruma, Ritsu Doan, and Yorbe Vertessen leaving the bench to replace Noni Madueke, Eran Zahavi, Marco van Ginkel and Cody Gakpo. Ritsu Doan and Érick Gutiérrez both made their long-awaited return. Schmidt’s substitutions paid dividends as young Belgian striker Yorbe Vertessen doubled PSV’s lead in the 69th minute, seven minutes after he had come onto the pitch. Vertessen, physically strong, fought his way past AZ’s centre back Bruno Martins Indi before finding the far corner: 0-2.

Lovely goals
PSV solidly defended their two-goal advantage in the closing stages as AZ hoped to reduce the deficit. It was game, set and match in the 83rd minute, when another substitute made his mark. Ritsu Doan cut for the right into the box and fired an unstoppable shot past the hapless Vindahl: 0-3. PSV went very close to making it four but Bruma hit the post with a header. PSV are on top of the Dutch league with maximum points from their first four opening games ahead of the UEFA Europa League opening encounter against Real Sociedad in the Philips Stadion on Thursday. 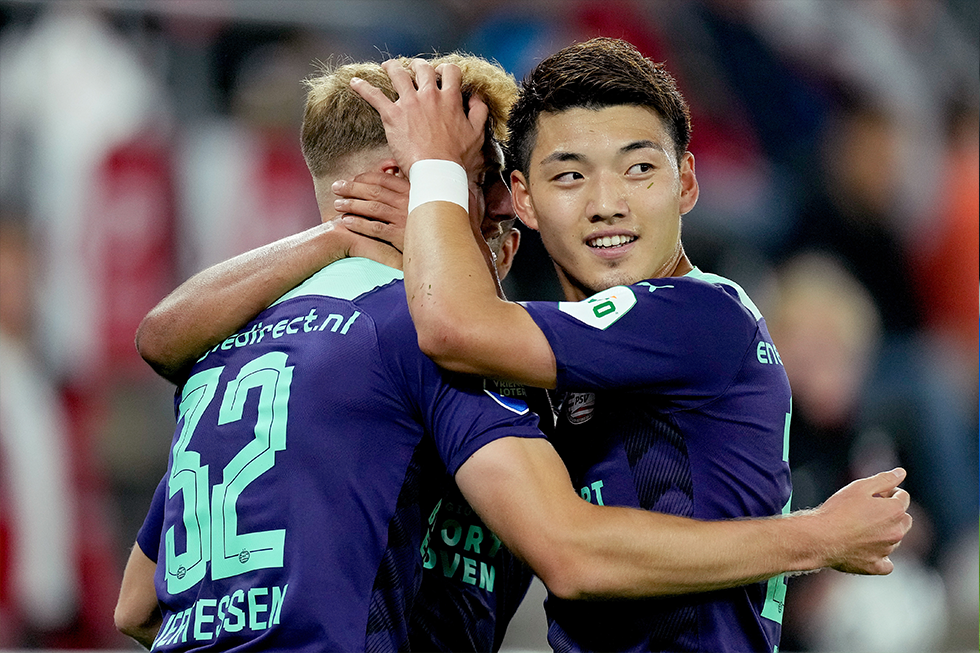