PSV have reached the quarter finals of the KNVB Beker after a 3-2 victory over Heracles Almelo on Wednesday evening. Jürgen Locadia struck twice either side of the break. He netted an equaliser from a free kick on the stroke of half time and scored the winning goal in the first minute of added time with a superb long-range strike. PSV were reduced to ten men soon after the break when goalkeeper Remko Pasveer was shown a red card.

Locadia struck an equaliser
Head coach Phillip Cocu made a number of changes to the team that drew 1-1 with Roda JC Kerkrade last Saturday, handing starts to Maher, Schaars and Bergwijn who made his full PSV debut. The home side took the lead on twenty minutes when Bel Hassani popped up in the penalty area and, left unmarked, tapped the ball home. Pasveer got a hand to his shot but could not prevent it from crossing the line: 1-0. PSV could not find their rhythm but were back on level terms on the stroke of half time. Locadia was fouled on the edge of the penalty area. He stepped up himself to take the resulting free kick and delightfully fired the ball home: 1-1. 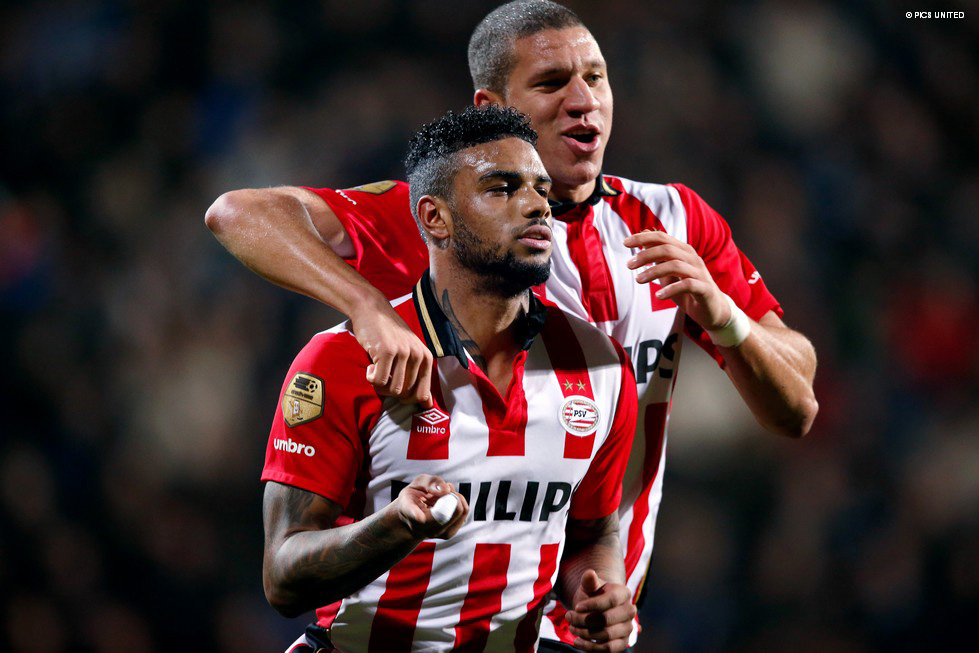 Pasveer sent off
PSV were reduced to ten men soon after the break. Pasveer rushed off his line in an attempt to intercept a poor back pass from Schaars but Tannane had the same idea. There was contact and Tannane eagerly went down. Referee Kuipers showed Pasveer a straight red card and pointed to the spot. Tannane did not miss, sending substitute goalkeeper Jeroen Zoet the wrong way: 2-1. PSV were resilient and showed stamina, fighting themselves back into the game. Heracles keeper Castro pushed the ball over the line for an own goal, with twenty minutes remaining. Ten-man PSV passed the ball around comfortably and got the better chances. They were rewarded for their fine team performance with a late goal from Locadia. The forward tried his luck from twenty yards out and sent PSV into the quarter finals of the KNVB Beker with a superb strike:  2-3. 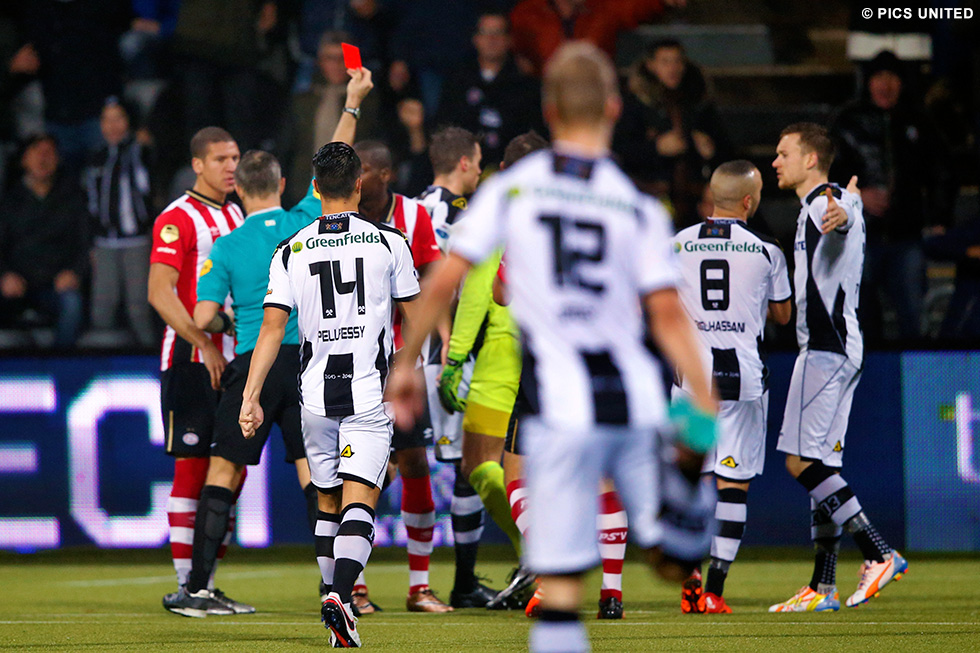