Although PSV were reduced to ten men in the 57th minute when Santiago Arias was sent off for a second yellow card, they kept their chances of winning the Eredivisie title alive with a hard-fought 2-0 win over Willem II on Saturday night. Marco van Ginkel broke the deadlock on 68 minutes and Luuk de Jong scored from the spot eleven minutes later.

De Jong had a goal disallowed
Realising they could not afford to drop any points, Phillip Cocu’s men immediately got into their stride and had the better of the opening exchanges. Arias was one-on-one with Willem II’s goalkeeper Lamprou after just two minutes’ play. The Columbian full right-back, who made his 100th appearance for PSV, should have laid the ball off to a team-mate, but tried to make his own luck only to see his effort go across the face of goal. Minutes later, captain Luuk de Jong thought he had opened the scoring, but, while he was wheeling away in celebration, the linesman raised his flag and De Jong had his goal disallowed for offside. PSV had their best chance of the first half in the 15th minute. De Jong played Van Ginkel clean through but the midfielder rattled the post. 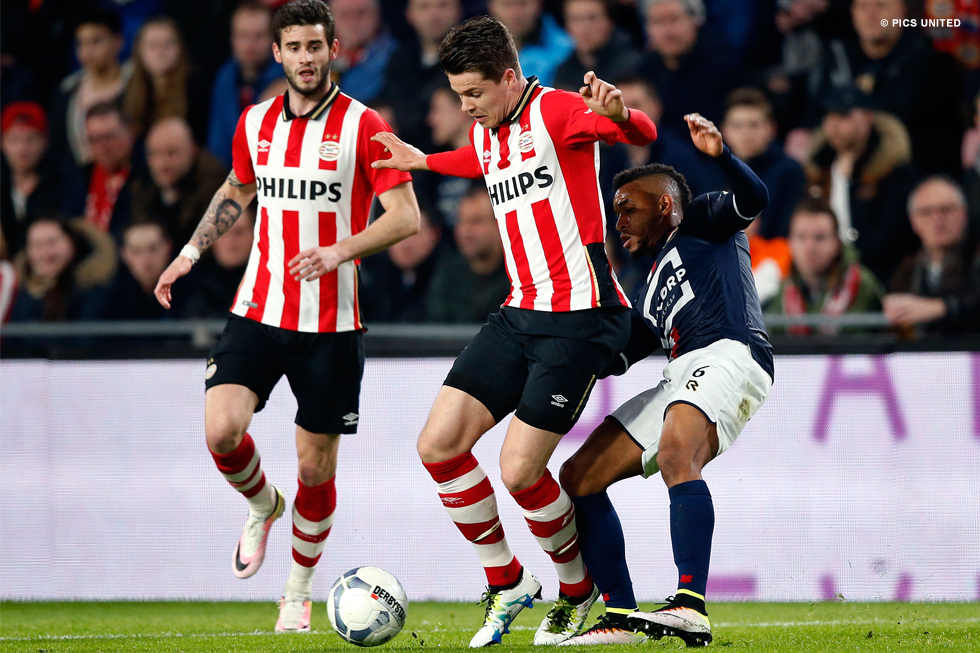 Stamina and resilience
PSV could not convert their dominant possession and failed to slice open the well-organised and compact Willem II defence. They were also forced to go in search of the three points after the break but were reduced to ten men in the 57th minute when Santiago Arias was shown a second yellow card for pushing Joppen to the ground. PSV then showed stamina and resilience to put on a fighting display. A corner was flicked on by De Jong to Van Ginkel who coolly buried the ball into the net on 57 minutes: 1-0. PSV’s captain scored the second in the 68th minute. De Jong was pulled down in the box and he stepped up himself to blast home the resulting penalty: 2-0. 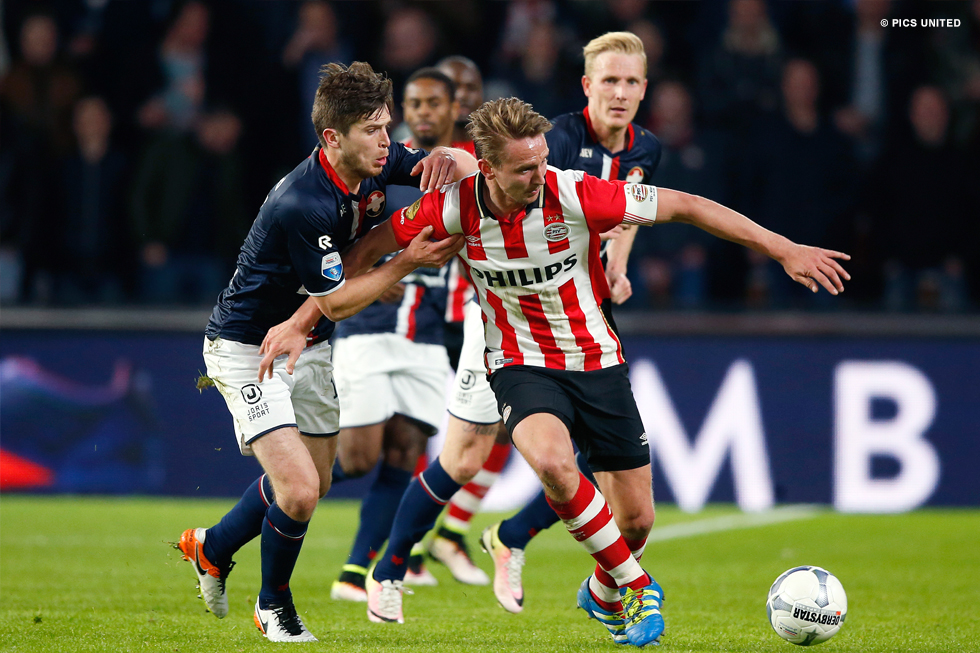