Steven Bergwijn struck twice to help PSV U21 to a convincing 3-1 victory over FC Oss in the Jan Louwers Stadium on Monday night.

Bergwijn was outstanding
PSV U21 comfortably controlled proceedings in the first half, with Steven Bergwijn putting in a-man-of-the-match display. The young winger was a constant menace for the FC Oss defence and superbly scored the opening goal on 19 minutes. Bergwijn seemingly effortlessly cut into the box and unleashed a curling effort from fifteen yards beyond the reach of FC Oss goalkeeper Xavier Mous: 1-0. Bergwijn doubled the lead in the 42nd minute when he performed a one-two with Suently Alberto before slotting home at the near post. Half-time score: 2-0. 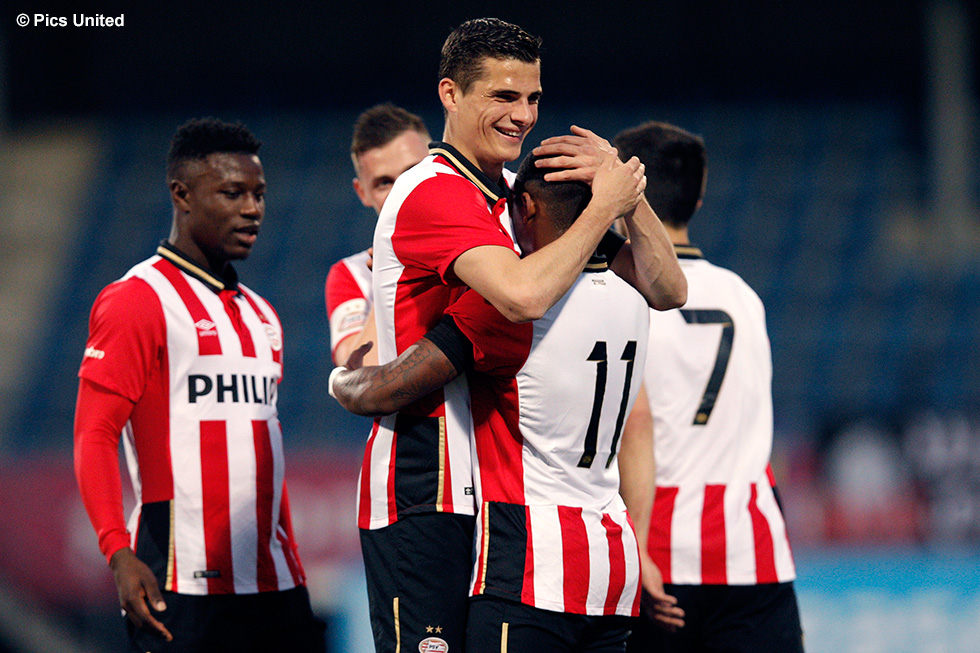 Koch wrapped up the three points for PSV U21
Bergwijn was also outstanding after the break. He created some space before firing in a swerving shot that Mous could just claw away and Menno Koch, left completely unmarked, headed the ball home from the resulting corner nine minutes into the second half: 3-0. Felitciano Zschusschen scored a consolation goal for the visitors in the 62nd minute. Following their 3-1 win, PSV U21 moved up to eighth place in the Jupiler League. Pascal Jansen’s side will be back in league action on Friday, when they travel to FC Dordrecht.