Schmidt: “We look to grasp this chance with both hands”

PSV look to boost their chances of reaching the next round of the UEFA Europa League when they face Sturm Graz in the Philips Stadion on Thursday. “This is our last chance and we intend to grasp it with both hands”, said Schmidt, speaking to the press on Wednesday afternoon.

“We know what we’re up to”
“We need to grab all three points”, said Schmidt, summing up PSV’s objective. “We are confident of achieving a good result”. But Schmidt hastened to add that it would not be a simple assignment. “Sturm Graz have an aggressive style of play and are comfortable on the ball. We've analysed their matches against  AS Monaco and Real Sociedad in detail and know what we’re up to.”

Right step
“We fully focus on winning this winning this game”, continued Schmidt. “We put in a fine display against Vitesse on Saturday and hope for more of the same. We have gained momentum the past few matches, scored a lot of goals but also conceded quite a few. We wanted to improve in that respect and managed to keep a clean sheet against Vitesse. We were sharp and fresh and made the next step in the good direction.”

“We must keep playing on top level”
PSV have proven that they can win matches, confirmed Mario Götze who accompanied his coach at the pre-match conference. “It was a great first-half performance against Vitesse. It was a genuine team effort; we started some flowing moves and created many chances. In spite of a growing injury list, we played at top level and were happy with the win. Erick Gutiérrez put in an impressive display. “Gutiérrez played a major part in our last three games. He provides the balance in midfield, can hold the ball well and has a good awareness of what is happening around him. Along with fellow midfielders Mario Götze and Ibrahim Sangaré, he has the skill to stop counter attacks”, said Schmidt. 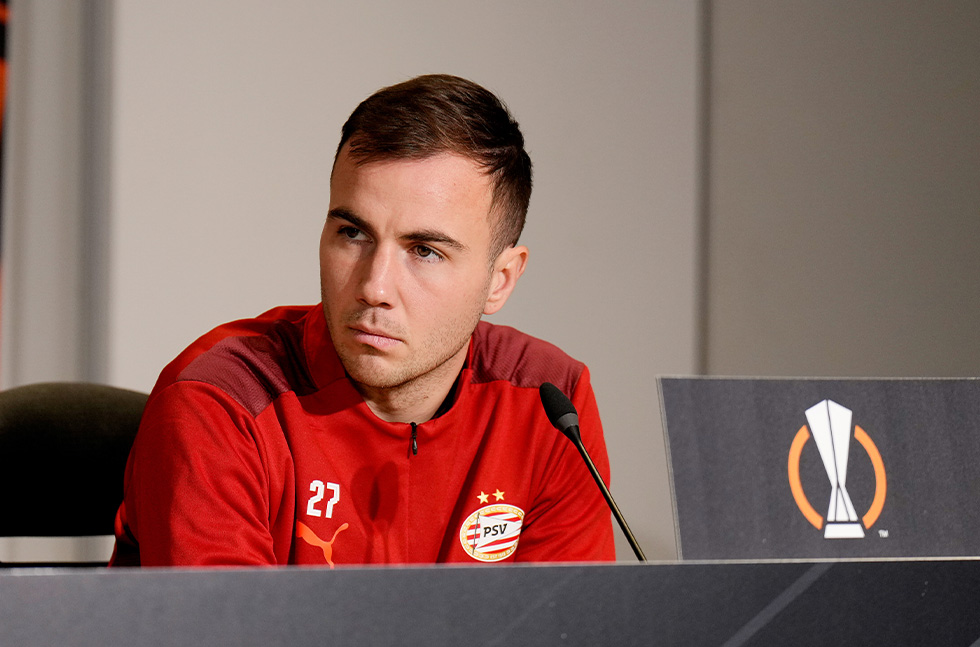 Injury update
Maxi Romero, Eran Zahavi, Jordan Teze, Cody Gakpo, Noni Madueke, Ryan Thomas and Philipp Max are unavailable to feature in Thursday’s squad against Sturm Graz. Teze, Gakpo and Madueke return to the squad next week and Max will join up with his team-mates when he has tested negative for COVID-19.  Zahavi and Thomas will not return until after the winter break. 22-year-old striker Maxi Romero sustained an injury in training last Sunday. “We expect him to be out for two to three weeks, so he will hopefully be back in team training before Christmas”, said Schmidt. “He has picked up a muscle injury which is annoying for him and for us. We showed last Saturday that we have a large squad to select from and will reveal the starting line-up tomorrow.” Schmidt added that there were no fresh COVID-19 cases in the first-team squad.