PSV technical director Marcel Brands has announced that defender Santiago Arias has signed a contract extension on Monday morning that will keep him at the Philips Stadion until 2019.

A new four-and-a-half year deal
The Columbian put pen to paper on the new deal at De Herdgang training facilities. Arias, who joined PSV in 2013, is having an excellent season and reached the World Cup quarter-finals last season with Columbia. The 23-year-old right back has now committed his future to PSV for the next four-and-a-half years.

“Want to stay and win trophies with PSV”
“I am very happy with life in Eindhoven and with the new deal. I want to stay here and win trophies with PSV”, he told PSV TV. Technical director Marcel Brands is also delighted with Arias´ decision to agree to a contract extension. “He is making huge progress and his fine form has been rewarded with this contract extension. He is the perfect model of the modern defender: pacy, powerful and attack-minded. There are not many players with such qualities”, said Brands. 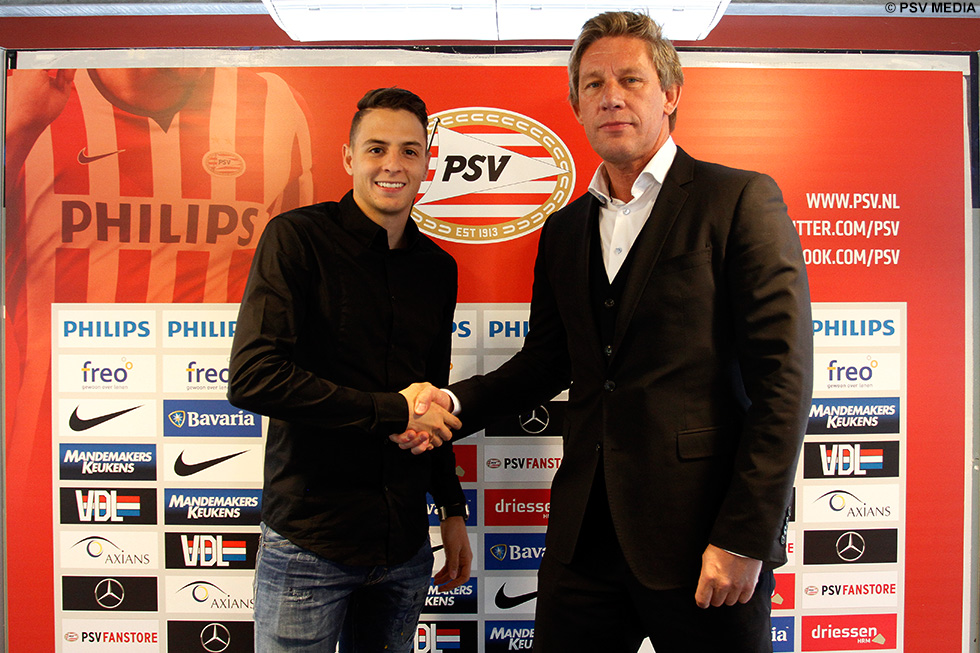