Ryan Thomas scored his first goal after a lengthy layoff

It was brilliant to see the Philips Stadion rocking again as PSV earned three massive points against Sparta Rotterdam. The players’ patience was tested but in the end their composure paid off. Head coach Roger Schmidt and Ryan Thomas, who scored PSV’s second goal, spoke to the press after the game.

Composure
It was a hard-fought victory, with the deadlock broken in the 81st minute. Schmidt maintained he felt confident PSV would score a goal in the end. “It was a good game of football. We were sharp and well-organised and created plenty of chances. We would obviously have felt more comfortable if we had opened the scoring early on, but fortunately we kept our composure. I never stopped believing we would eventually make the breakthrough.”

Sangaré
Ibrahim Sangaré was outstanding and capped a fine performance with a stunning strike. The Ivory Coast midfielder had also found the net against Sturm Graz.  “Ibrahim Sangaré is making huge progress and helps the team, winning the ball in midfield.  I think he has been underestimated but his development is impressive”, said Schmidt.

Thomas makes a comeback from injury
Ryan Thomas scored his first goal after a lengthy layoff due to injury. “I am pleased I can help the team”, said the New Zealand midfielder, who admitted it had been a tough game. “Sparta played a five-mam defence and they became more confident when we kept on missing our chances.”

“We stuck to our game plan”
Thomas continued to explain why PSV had kept to their game plan. “You need to change something, when you don’t create any chances. But we had goal scoring opportunities so there was no need to change our strategy.” Thomas confirmed that Sunday’s game was important as the nearest rival had dropped points earlier on the day. “We really wanted to take all three points and move to second place in the table. It took longer than expected, but in the end we snatched a late win.” 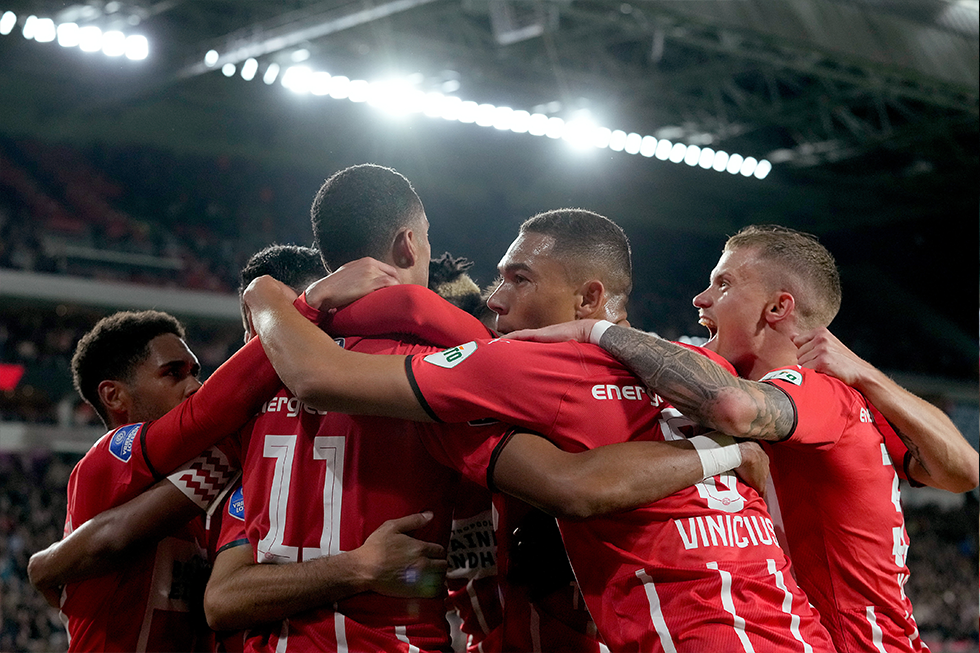