Sports company PUMA today unveiled the new PSV Eindhoven Home kit to be worn by the men’s, women’s, youth teams and Esports teams in their respective competitions for the 2020/21 season. The new PUMA kit celebrates the beginning of the partnership with PSV and the 100-year anniversary of the city of Eindhoven.

Eindhoven is a city of thinkers, daredevils and makers; it is a city of innovation. It’s filled with creative minds working together in unity to shape the future. Eindhoven is built on a foundation of collaboration, which is embodied by the PSV Eindhoven mantra ‘Eendracht maakt macht’ (United we stand).

PSV is deeply connected to Eindhoven, referred to as ‘The City of Light’, a city vibrant with culture and global influence. The new PSV Eindhoven Home kit embodies the traditions and ideals of this transitional city. The classic red and white striped jersey subtly applies the city’s iconic ‘Vibe’ logo into the stripes, which signifies the power of sharing technique, design and knowledge.

"The new shirt, the first of the partnership between PUMA and PSV, symbolizes the strong connection we have with our city. This year it will be 100 years since Eindhoven and several surrounding municipalities formed one city, the city we now know as one of the most innovative in the world. We commemorate this by giving the ‘Vibe’, the logo of Eindhoven, a place in our famous red-white striping," said Frans Janssen, Commercial Director PSV.

The new PSV Eindhoven Home kit will be available from July 1st at PUMA.com, PSVFANstore.com, the PSV FANstore in the Philips Stadium, the newly opened PSV Eindhoven City Store and at select retailers worldwide. 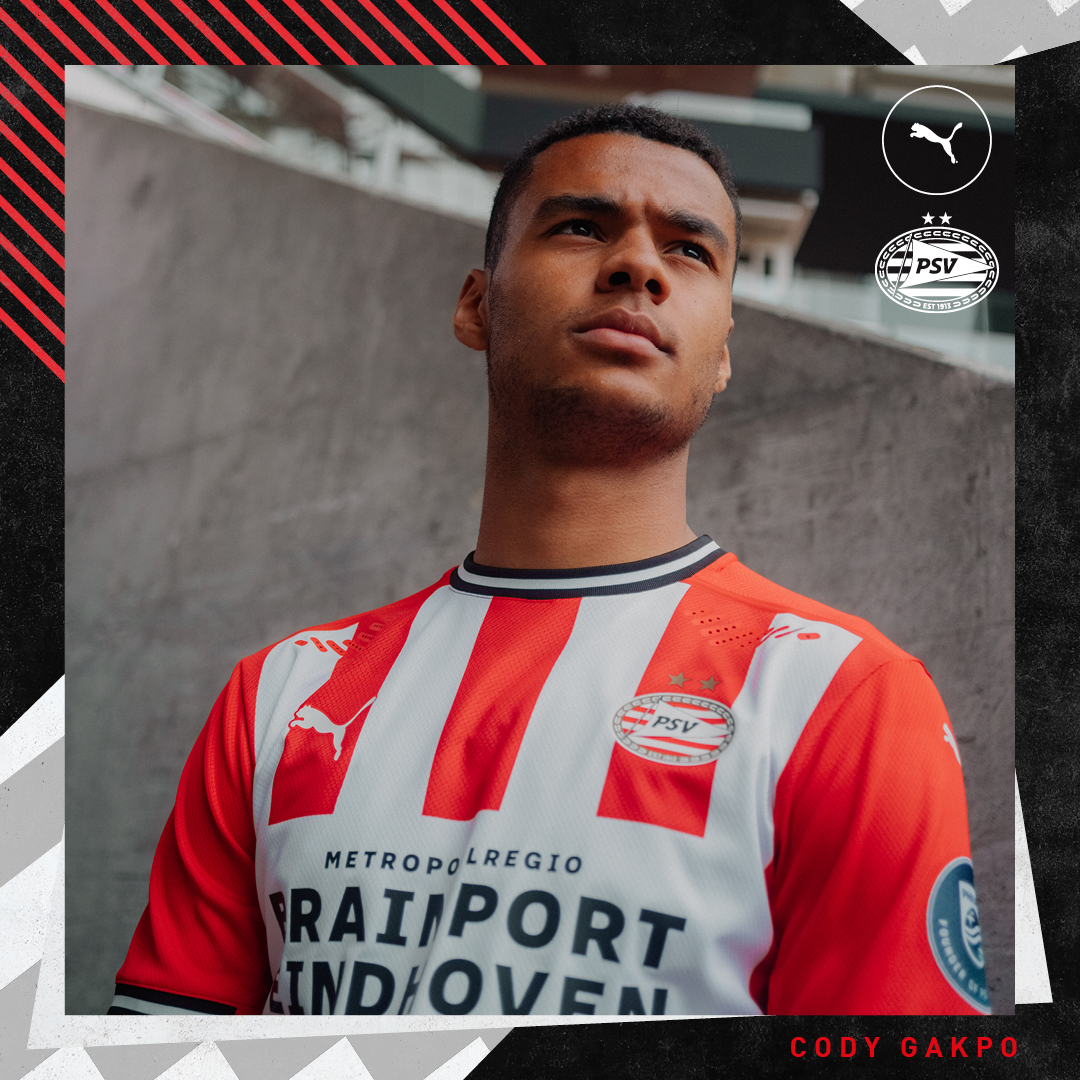