PSV dropped two precious points ahead of the crucial games against Atlético and Ajax: their winning streak came to an end on Saturday as they were held to a 1-1 draw by sc Heerenveen at the Philips Stadion. Phillip Cocu’s team are still leading the pack, two points above Ajax but the Amsterdam outfit have a game in hand and a win on Sunday will see them leapfrog PSV.

Sloppy
When Cocu was on media duty on Friday, he said he was not afraid his team would have their minds on next week already, but PSV’s head coach needed to issue a wake-up call during his half-time team talk in a bid to jolt his team into action. PSV did not score a goal in the first half, were sloppy and lost more possession of the ball than usual against a well-organised sc Heerenveen side. Van Ginkel got a first sight of goal and had the best chance to break the deadlock when he was one-on-one with sc Heerenveen goalkeeper Mulder, but the midfielder hurriedly skied his attempt over the bar. At the other end, the visitors created two fine chances from counter attacks, but Zoet pulled off excellent saves to deny them. 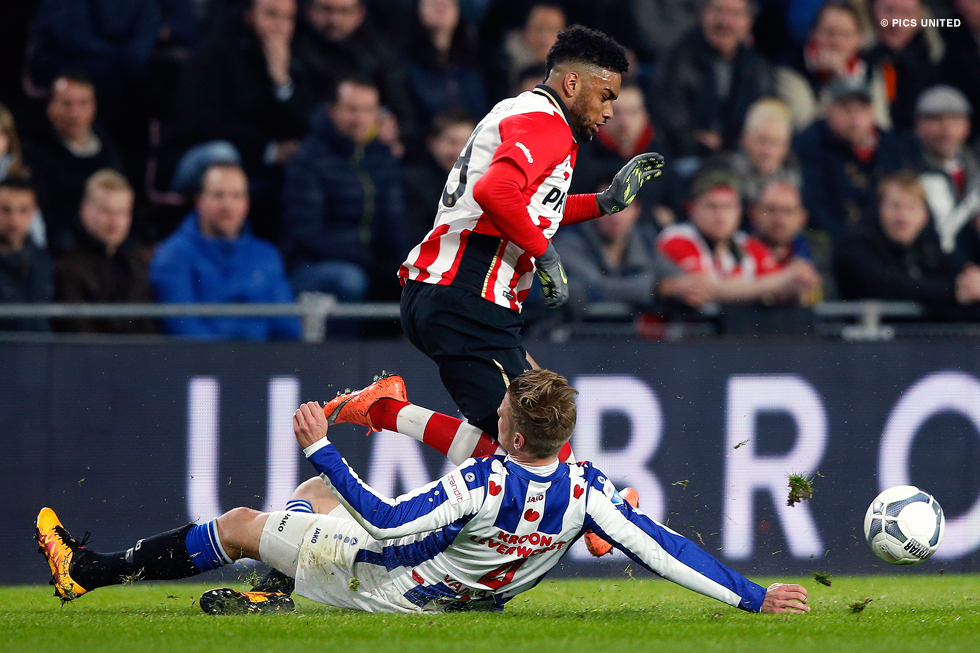 De Jong scored a 56th-minute equaliser
PSV started the second half in more energetic fashion. Bruma forced Mulder into a save while Pröpper fired a fine volley just over the bar. Against the run of play, sc Heerenveen took the lead eight minutes into the second half, when Te Vrede evaded the offside trap. Larsson played a long ball into the path of sc Heerenveen’s striker up front who kept his calm before slotting the ball home: 0-1. PSV responded quickly and Luuk de Jong scored a 56th-minute equaliser. Pröpper found Narsingh, who whipped in a splendid cross from the right, which PSV’s captain met with a diving header at the near post: 1-1. Lestienne and Pereiro were brought on in the closing stages as PSV went in search of a winning goal. PSV had a number of chances to snatch a late win but the visitors from Friesland withstood the siege to secure a 1-1 draw. 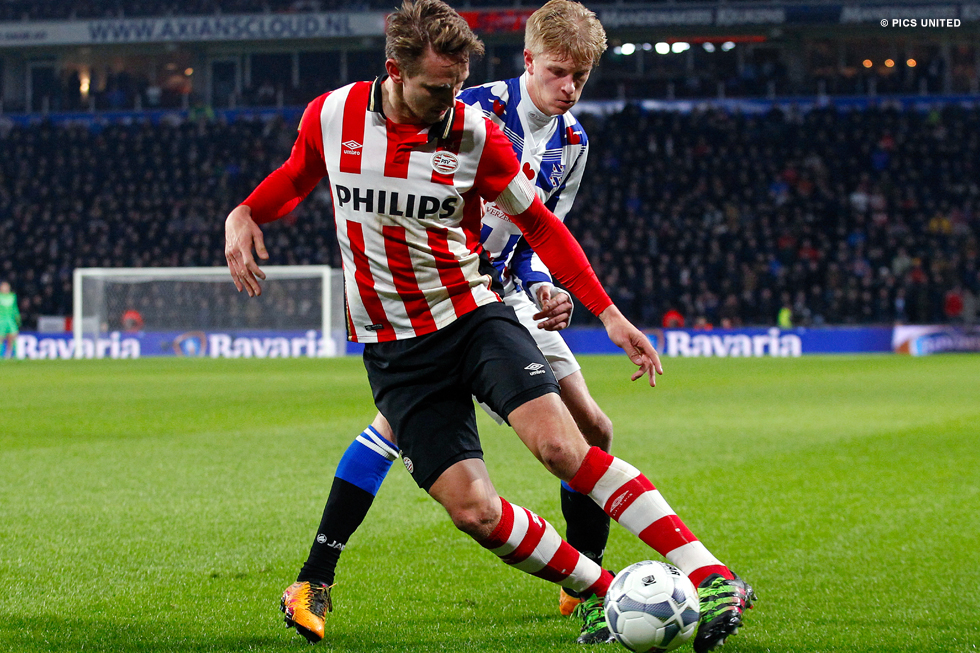