PSV win Johan Cruijff Shield thanks to a goal from Pröpper

PSV have won the Johan Cruijff Shield for the eleventh time in history after 1-0 win over Feyenoord in an action-packed game. Davy Pröpper’s 38th minute goal separated the two sides in the encounter in the Amsterdam ArenA on Sunday. Phillip Cocu has now won five trophies as head coach of PSV.

Pröpper broke deadlock
Cocu handed a debut to Schwaab, who partnered Isimat in the centre of defence. PSV’s head coach saw his team put in a solid first-half display. After a tentative fifteen minutes, it was PSV with the first effort of note, with Guardado rattling the bar. PSV looked fresh and sharp and were the better team in the first period. The deadlock was broken on 38 minutes when midfielder Davy Pröpper got into the penalty area and beat Feyenoord goalkeeper Hansson with a well-placed shot. De Jong should have opened the scoring when PSV won a penalty on 29 minutes. Hendrix was pulled down by El Ahmadi, but PSV’s captain wildly fired the penalty over the bar. 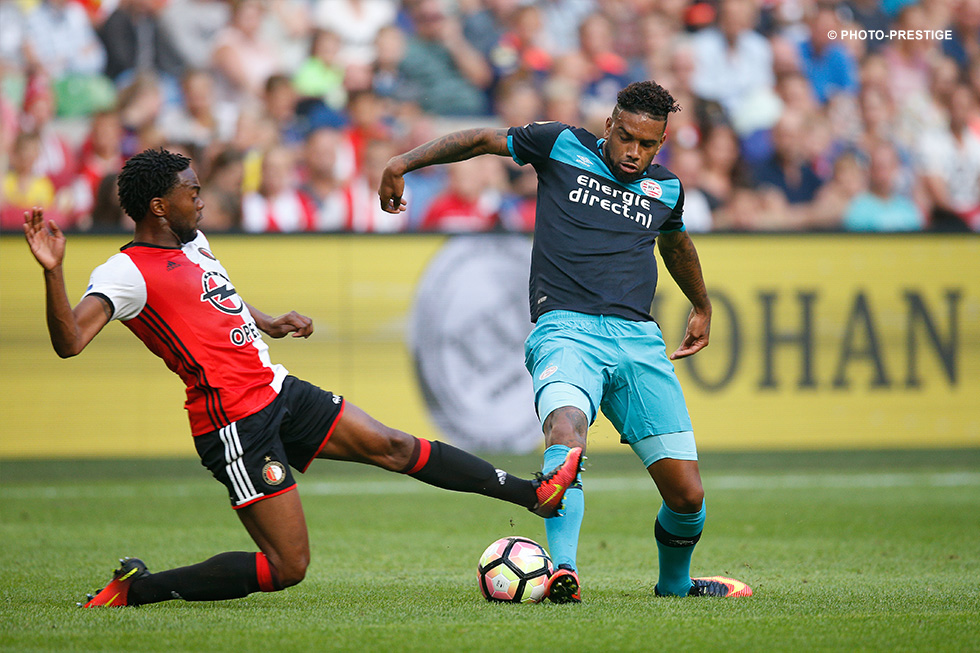 Feyenoord sent men forward but PSV held on for victory
Cocu will probably be less impressed by his team’s second-half performance. Feyenoord greatly improved after the break and had three chances to level the score in quick succession. Vilhena was denied by Zoet, who was quick to leave his line, Toornstra mis-kicked in front of goal and Guardado made a late goal-line clearance to deny defender Botteghin’s header. Willems and Narsingh had chances in the closing stages to double the lead, but in the end Davy Pröpper’s goal proved enough to win the Johan Cruijff Shield. Philips Cocu won his fifth prize as PSV head coach, with two Eredivisie titles, one KNVB Beker and he lifted the Johan Cruijff Shield in 2015 as well as in 2016. 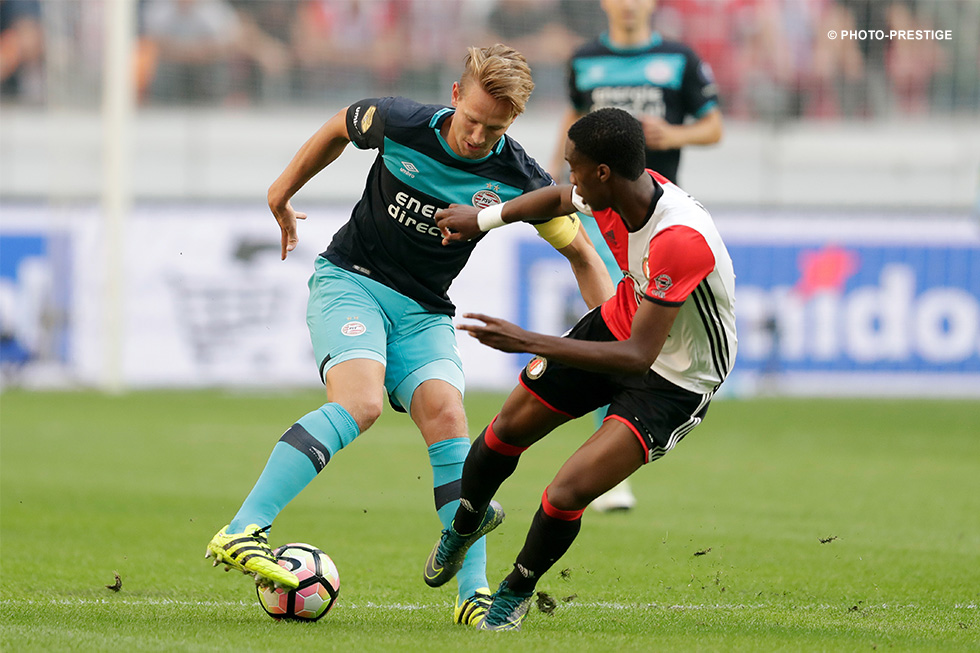