Robin Schoonbrood scored a 93rd minuite winner to help PSV U21 to a 2-1 victory in the mini Light Town Derby at PSV Campus De Herdgang on Monday evening. The two teams fought out an even first half. FC Eindhoven were the better team after the break but PSV U21 grabbed a late winner.

Chances few and far between
Chances were few and far between for both sides in the first half. Neither PSV nor FC Eindhoven succeeded in breaking down a well-organised, compact defence. Chris Gloster had a chance on the half-hour mark but FC Eindhoven keeper Ruud Swinkels quickly left his line to deny the American back. Ruud Uneken’s team won a penalty on the stroke of half time and Cyril Ngonge made no mistake from the spot. 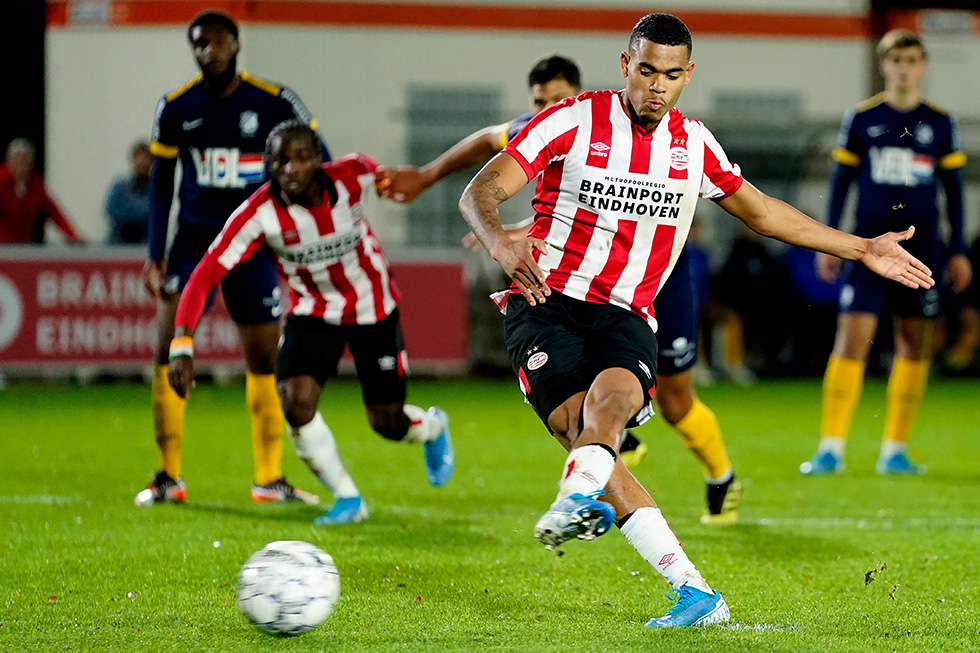 Schoonbrood nets winner
Both teams had more attacking ideas after the break but the visitors were the better team and created most chances. Their Belgian centre back Bart Biemans deservedly scored an equaliser with five minutes to go. The match looked to be heading for a draw but, against the run of play, PSV U21 snatched a late victory. Robin Schoonbrood rounded two defenders before slotting home. FT: 2-1.