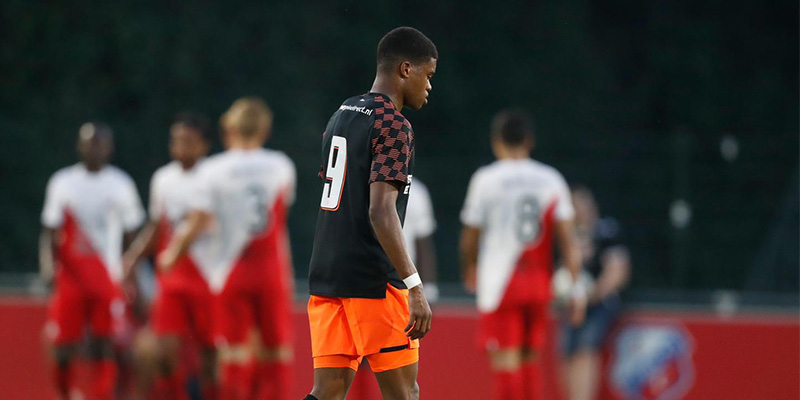 PSV are still waiting for their first league win after they suffered a painful 3-0 defeat against FC Utrecht U21 at Sportcomplex Zoudenbalch on Friday evening.

Against the run of play
Peter Uniken’s team started brightly against their Utrecht counterparts on a sunny night but were a goal down on the half-hour mark, against the run of play. Jonas Arweiler unleashed a shot that keeper Lars Unnerstall failed to gather and FC Utrecht forward Rayan El Azrak tapped home the rebound: 1-0. PSV U21 got a gilt-edged chance to level on the stroke of half time. Sekou Sidibe beat the offside trap but only hit the post. HT: 1-0.

Few chances
PSV U 21 also made a bright start in the second half and enjoyed the bulk of possession without creating any meaningful chances. Substitute Olivier Horvath forced FC  Utrecht’s keeper into a fine save before the hosts doubled their lead Christopher Mamengi, left unmarked, headed home from a corner in the 72nd minute: 2-0. Christopher Mamengi added a third goal to wrap up the three points for the home side. FT: 3-0.