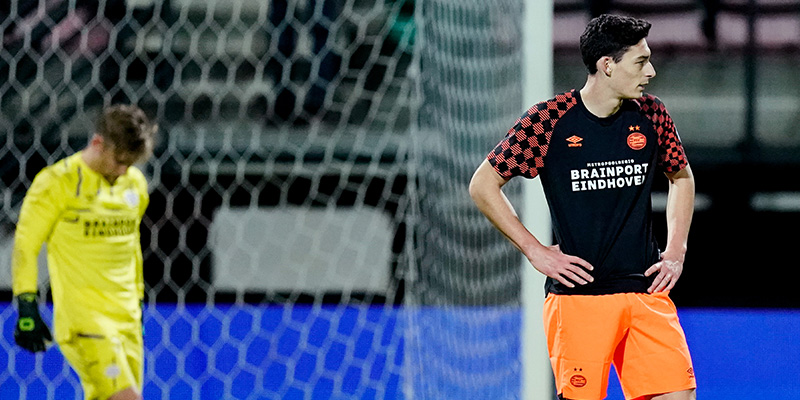 A second-half goal from Zian Flemming condemned PSV U21 to a 1-0 defeat against N.E.C. in the Goffert in Nijmegen on Friday evening.

Van de Meulenhof pulled off a string of saves
PSV U21 had a great goal scoring opportunity in the first few minutes. Yorbe Vertessen burst down the right wing and found Sekou Sidibe who only sent a weak effort straight at N.E.C. keeper Mattijs Branderhorst. From then on, the home side took control and Mike van de Meulenhof was called into action several times. The hosts created chances, but saw an effort cleared off the line and Van de Meulenhof pulled off a string of fine saves to deny the N.E.C. forwards. HT: 0-0.

N.E.C. made breakthrough
N.E.C. burst out of the blocks after the break and pegged back PSV U21 in their own half of the field. The deadlock was broken in the 64th minute, with Zian Flemming at the end of a well-worked move: 1-0. Peter Uniken’s team could not stage a late fightback and thus suffered a narrow 1-0 defeat. Koen Oostenbrink made his PSV U21 debut when he replaced Sekou Sidibe in the 83rd minute.