PSV U21 suffered a 3-1 defeat against NAC Breda in the Jan Louwers Stadion on Monday night. Goalkeeper Mike van de Meulenhof put in a great display, making a number of stunning saves.

Van de Meulenhof was outstanding
Neither team created any chances of any note early on, so the first goal of the match came completely out of the blue on 22 minutes. A corner was half-cleared and Ilic volleyed home: 0-1. The visitors had a number of chances to double the lead but PSV U21 goalkeeper Mike van de Meulenhof made a number of stunning saves, while a NAC Breda forward hit the inside of the post. NAC took a two-goal advantage in the 34th minute when Stokkers headed home at the far post. HT: 0-2. 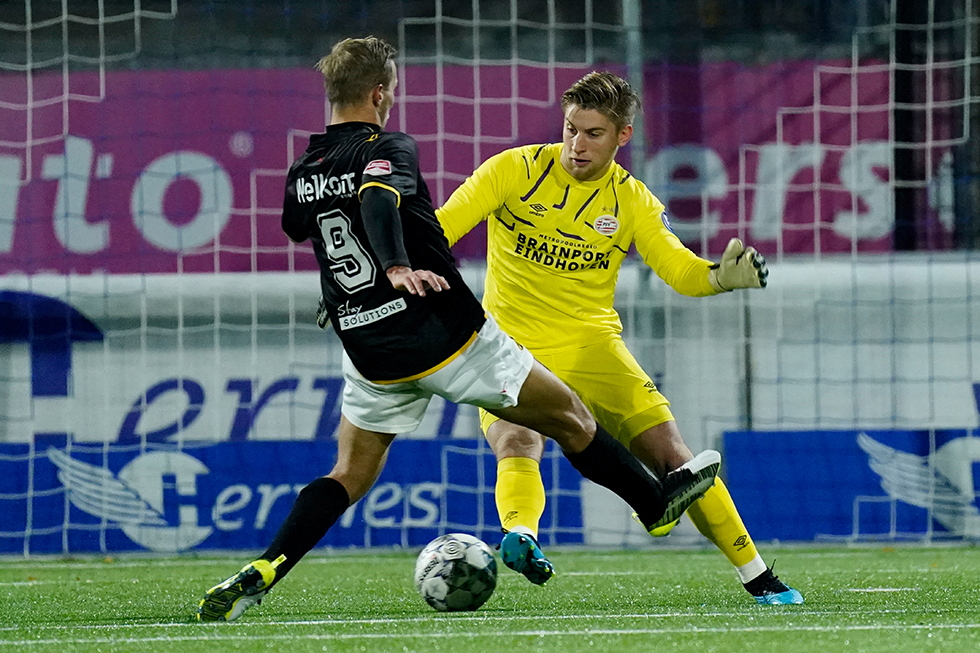 Sidibe halved deficit
PSV reduced the deficit eleven minutes into the second half, when Sekou Sidibe unleashed a thunderous long-range strike into the top right corner: 1-2. Both teams had goal scoring opportunities and Olivér Horváth came close to netting an equaliser when his shot hit the post. The goal fell at the other end, when Van der Gaag slotted home five minutes from the end. FT: 1-3.