PSV U21 enter a busy period with a run of fixtures until the winter break sets in. They suffered a 4-1 defeat at De Graafschap on Friday night.

Dream start
The hosts started brightly and hit the bar, but PSV U21 opened the scoring on fifteen minutes. A long ball was played into the path of Amar Catic. The young forward used his searing pace to slot home the opener past De Graafschap goalkeeper Hidde Jurjus: 0-1. It was a short-lived lead as the home side were level again four minutes later. Van Mieghem sent in a cross that sailed into the top of the roof: 1-1. Second-placed De Graafschap took the lead in the 39th minute, when a corner was half-cleared and the ball took a deviation off French defender Maxime Soulas before it went spinning past keeper Mike van de Meulenhof. HT: 2-1. 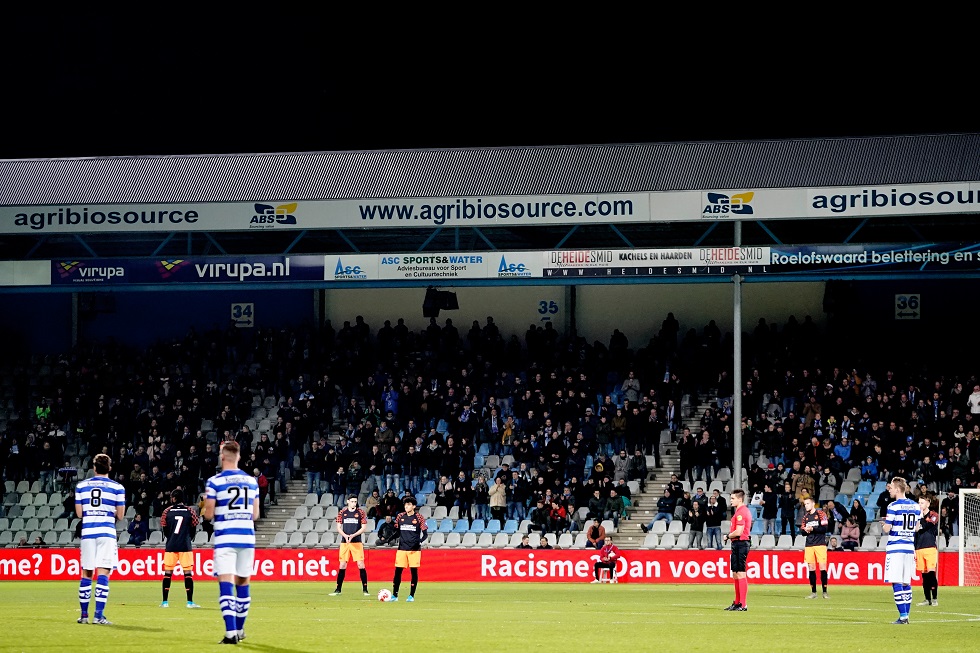 Gomes stretchered off
Peter Uneken’s team were dealt a fresh injury blow straight after the break. 19-year-old midfielder Claudio Gomes, on loan from Manchester City, sustained an injury and was stretchered off the pitch. Baggio Wallenberg came off the bench to replace the Frenchman. Hamdoui made it 3-1 in the 51st minute and it was virtually game over. Former PSV striker Stef Nijland added a fourth goal for the hosts on 72 minutes. FT: 4-1. PSV U21 will be back on league action next Monday when they host NAC Breda before taking Helmond Sport next Friday.