PSV U21 slip to defeat in Oss 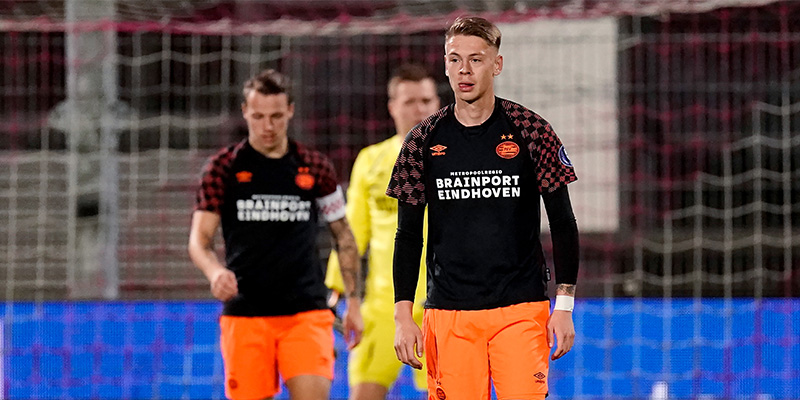 PSV U21 slipped to a narrow defeat against Top Oss. Peter Uneken’s side created a number of chances in an entertaining second half but the hosts manages to hold on for a 1-0 victory.

Early goal
PSV U21 conceded an early goal at Top Oss. Seven minutes were on the clock when Lars Hutten, left completely unmarked, headed home, leaving keeper Youri Roulaux with no chance. Peter Uneken’s team gradually fought themselves back into the game but could not create any chances of note in the first period.

Chances
PSV U21 improved after the break and Richard Ledezma came close to scoring an equaliser but TOP Oss keeper Damien Perquis pulled off a save to deny him. Sekou Sidibe was played clean through but sent his effort just wide left of goal. The hosts almost doubled their lead when striker Pieter Langedijk rattled the bar. With five minutes remaining, Maxime Soulas steered a header over the bar. PSV U21 deserved a share of the spoils but slipped to a 1-0 defeat.