PSV U21 slip to defeat in Nijmegen

PSV U21 slipped to a 2-0 defeat against N.E.C. Nijmegen on Thursday evening. Dennis Haar’s team were certainly not inferior to the home side but failed to take their chances. The hosts struck either side of the break to secure a 2-0 win. Dirk Abels was given his marching orders in the closing stages for a reckless challenge.

Against the run of play
The match was played in cold conditions in the Goffertstadion. PSV U21 were stuck in their own half in the early opening exchanges and former PSV player Arnaut Groenenveld was a constant threat on the left wing. Yet PSV U21 had the best chance to open the scoring. They could have broken the deadlock on twenty minutes. Donyell Malen headed Joël Piroe’s pinpoint cross against the bar and Ramon Pascal Lundqvist quickly pounced on the rebound but NEC Keeper Joris Delle pulled off a stunning save to deny him. PSV U21 took control but were trailing 1-0 at half-time after Kadioglu was helped by a deflection to score the opening goal. HT: 1-0. 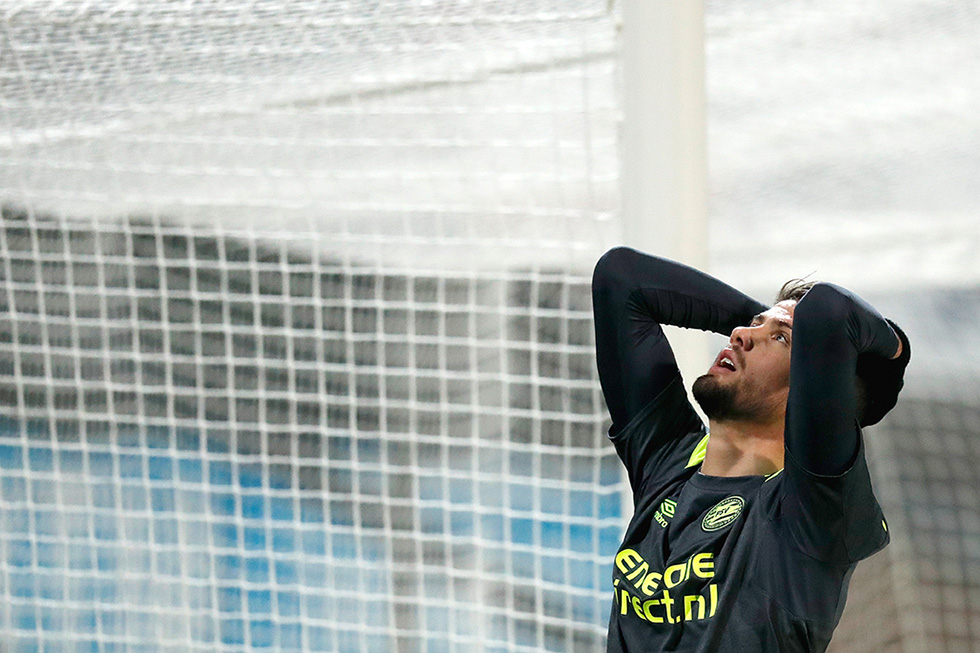 Three chances
PSV U21 had three good chances five minutes into the second half. Abels sent a header just wide of the post on 50 minutes and Joris Delle made fines saves to deny long-range efforts from Dante Rigo and Donyell Malen. Dennis Haar’s team survived a scare when NEC striker Sven Braken wriggled his way past Jordan Teze before rattling the post. Dirk Abels was given his marching orders three minutes from the end for a reckless challenge on Calvin Verdonk. N.E.C. immediately capitalised on their numerical advantage and Arnaut Groenenveld scored N.E.C.’s second goal to wrap up the three points for the home side. FT: 2-0.