Young sides
As several of the U21 players were away with the senior squad at a training camp, both PSV and Ajax fielded a young team. 18-year-old defender Tijn Daverveld made his first start for Dennis Haar’s side. The first chance of the match fell to PSV U21 on seven minutes. The Ajax defence was caught out from a counter attack but Belgian striker Lennerd Daneels could not convert the chance into a goal. Pereira de Silva gave the hosts a 1-0 lead in the 40th minute. PSV U21 goalkeeper Youri Roulaux saved the first attempt but was left with no chance when Pereira pounced on the rebound. PSV U21 were swiftly level through Dirk Abels who tapped home the equaliser from close range. HT: 1-1. 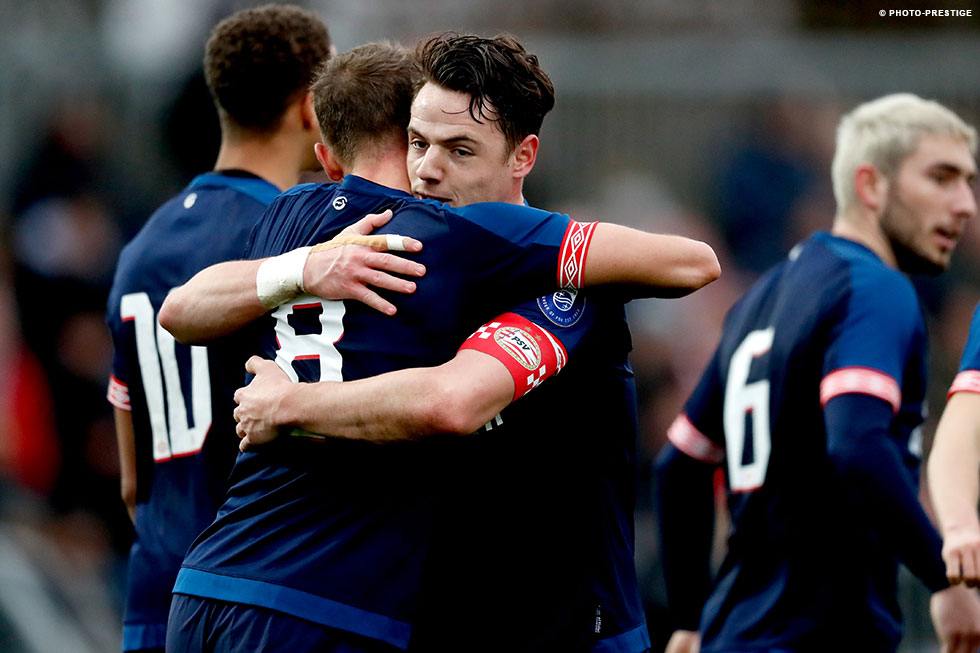 Three debutants
The home side took the lead again in the 58th minute, when striker Pereira de Silva headed the ball past Roulaux. Andrew Mendonca came off the bench to replace Justin Lonwijk and make his debut as PSV U21 went in search of another equaliser. They were rewarded for their efforts with a top quality goal from Bertalan Kun in the 68th minute. The Hungarian unleashed a powerful shot, whizzing by Ajax U21 goalkeeper Van Bladeren: 2-2. Nigel Thomas, who replaced Lennerd Daneels with eight minutes remaining, was the third PSV player who made his U21 debut.