A goal from Gudmundsson gave PSV U21 a 1-0 win over Telstar in their final home game of the Jupiler League season on Friday evening. Following the 1-0 win, Pascal Jansen’s team claimed a fourth-place finish.

Lots of chances but no goals
PSV U21 were the better team in the early opening exchanges and created a fair number of chances. Telstar keeper De Jong pulled off a safe to deny Lammers, Gudmundsson curled an effort just wide of the post and Verreth angled a shot over the bar. Verreth had the best goal scoring opportunity on the half hour mark but he could not find the back of the net. So it was still goalless at half time. 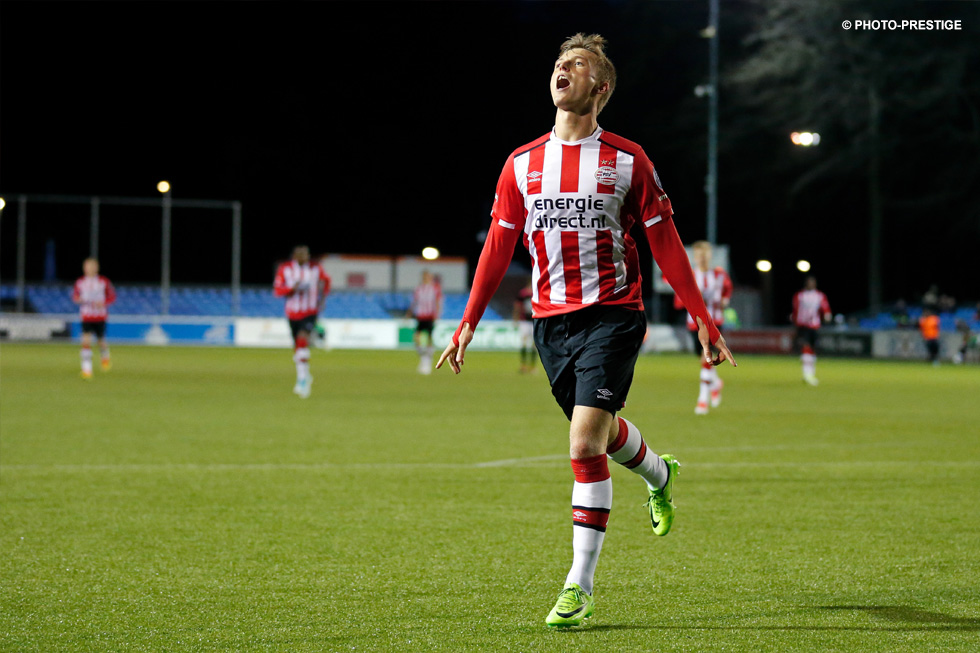 Gudmundsson scored his sixteenth goal of the season on Friday evening

Gudmundsson scored sixteenth goal of the season
PSV U21 produced less goal threat after the break and they had their first chance only fifteen minutes after the restart. Zinchenko unleashed a shot but Telstar custodian De Jong effortlessly gathered the ball. The home side survived a scare on 73 minutes when Zamouri hit the post. The deadlock was broken seconds later. Zinchenko cleverly put Gudmundsson clean through and the Icelandic striker slotted home the winning goal, taking his tally for the season to sixteen goals. PSV U21 comfortably held out for a 1-0 win to finish the season in fourth place.