PSV U21 return to winning ways

PSV U21 returned to winning ways with a 3-2 victory against RKC Waalwijk on Friday night. Gudmundsson struck twice and Ritzmaier also got his name on the score sheet as PSV U21 registered their first win of the season at De Herdgang training ground.

Goals galore in first half
PSV U21 burst out of the blocks and Ritzmaier gave them the lead on just five minutes. Gudmundsson delivered a pinpoint cross and the Austrian midfielder was on hand to tap home the opening goal: 1-0. PSV U21 doubled their lead six minutes later. Gudmundsson was fouled in the box and stepped up himself to convert the spot kick: 2-0. Bergkamp pulled one back for the visitors in the 17th minute: 2-1. RKC took control and were unlucky when Voskamp only rattled the bar. Bakari got a great goal scoring opportunity but keeper Room pulled off a safe to deny him  Malen and Lammers had chances on the stroke of half time to make it 3-1 but sent their efforts wide. HT: 2-1. 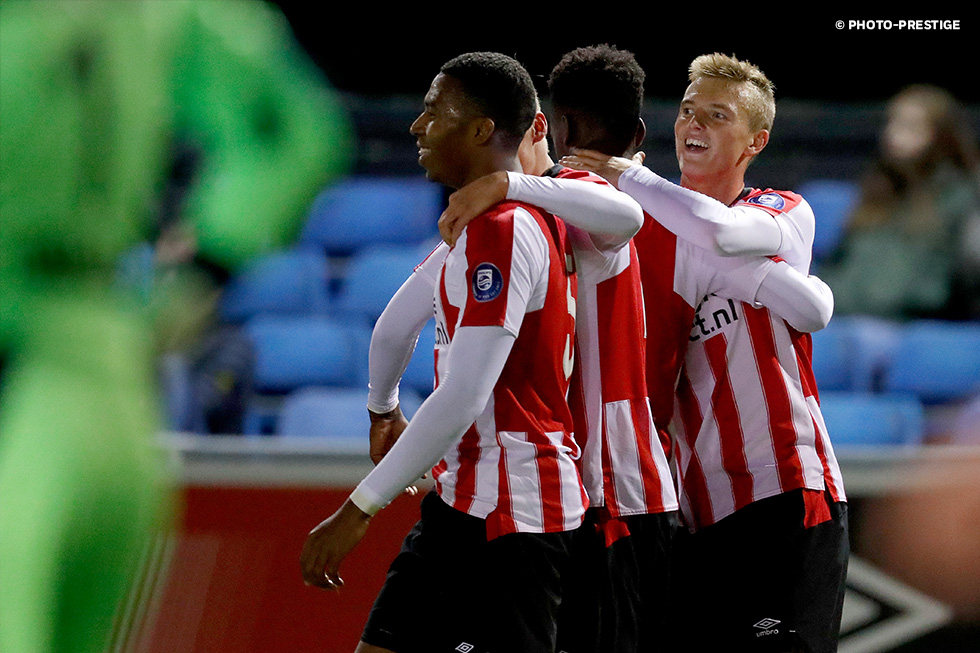 Gudmundsson scored winner
RKC Waalwijk won a penalty two minutes into the second half after Malen had handled the ball in the penalty area. Voskamp made no mistake and it was all square again: 2-2. PSV U21 regained the lead on 59 minutes. The Icelander Albert Gudmundsson rounded RKC Waalwijk keeper Vaessen before slotting home: 3-2. The visitors went in search of another equaliser and Room was called action a couple of times, while Voskamp headed over from close range. PSV U21 held out for the win and Duarta almost added a fourth goal but hit the bar. FT: 3-2.