While the rain lashed down, PSV U21 were held to a 1-1 draw by SC Cambuur on Monday night. Despite dominating play for long periods of time and creating numerous chances, Dennis Haar’s team were unable to score more than one goal. Gakpo, Malen, Rigo, Paal, Mauro, Rosario and Gudmundsson were put in the limelight before the game as they had recently made their first-team debut.

Gakpo scored fifth goal of the season
PSV U21 started brightly, saw most of the ball and Lammers as well as Gudmundsson had chances in the opening exchanges of the first period. Gudmundsson had the ball in the net after twenty minutes but saw his goal disallowed for offside. The visitors from Leeuwarden had little to offer and defended deeply. The deadlock was broken on 29 minutes, with Gakpo at the end of a well-worked move. It was his fifth finish of the season. Out of the blue, it was all square again five minutes later when Kip, left unmarked, simply tapped home from close range. HT: 1-1. 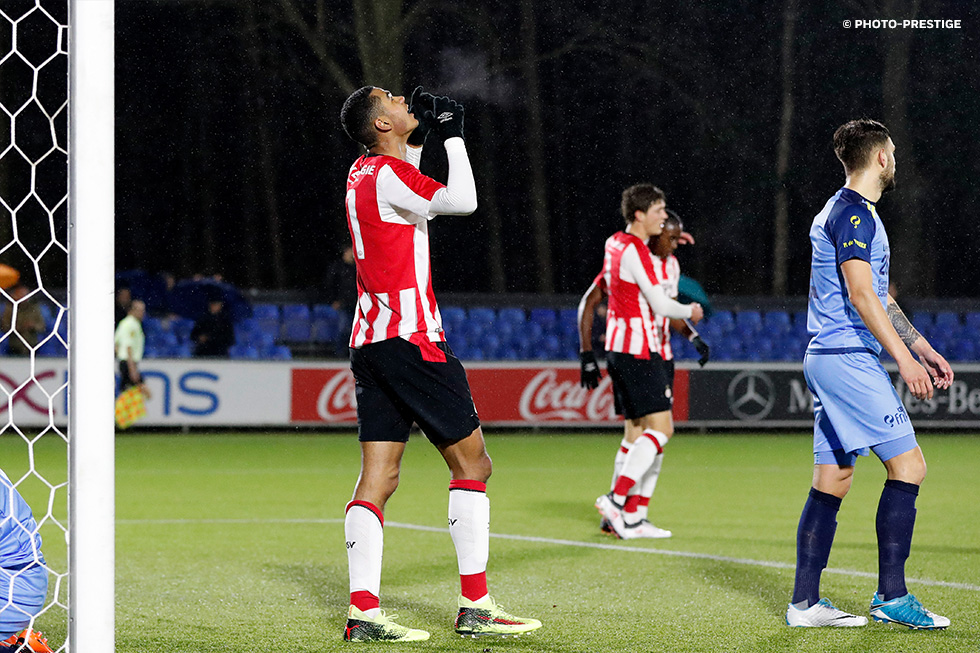 No goals despite dominating play
PSV U21 were also the better team after the break but it was the Frisians who registered the first chance of the second goal, when midfielder Crowley sent an effort just wide of Room’s goal. Rosario came close with an acrobatic overhead kick on 52 minutes. Gudmundsson and Lammers again had chances to put their team ahead but could not find the back of the net. PSV U21 did not create any gilt-edged chances in the remaining minutes of the second half, Haar’s charges worked hard but struggled to break the SC Cambuur backline. FT: 1-1.