PSV U21 finish third after 2-0 win against Telstar

Dennis Haar took charge of as coach of PSV 21 for the last time and guided his team to a 2-0 win against Telstar in the Philips Stadion on Friday night. Mauro and Hattu got their names on the scoresheet for PSV U21 who finished the season in third place.

Goalless at half-time
PSV U21 could have taken a 2-0 lead after fifteen minutes, but striker Joël Piroe failed to convert two big chances. Mauro tried his luck from long range, while Tijn Daverveld sent a header just wide. On the stroke of half-time, Piroe had an effort saved by Telstar keeper Sven van der Maaten. 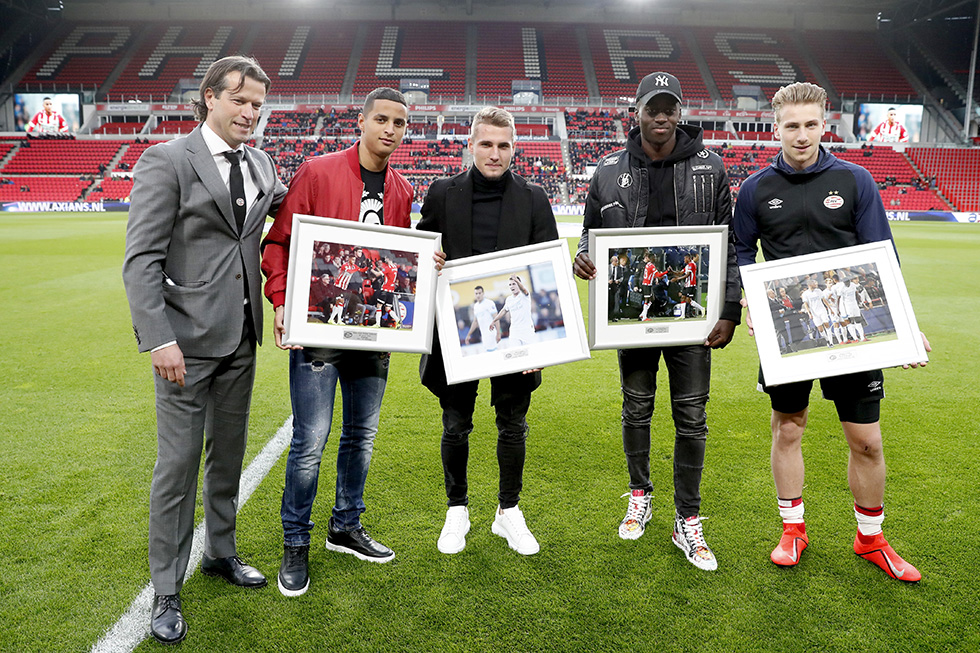 Ihattaren, Sadilek, Teze and Verreth were presented with a framed picture before the game kicked off

Mauro fires PSV U21 to third place
PSV U21 did not carry the goal threat they showed in the first half. Both teams were largely restricted to long-distance shots. Mauro got a golden opportunity to open the scoring fifteen minutes from time but the Telstar shot stopper pulled off another fine save to deny the Brazilian midfielder. The deadlock was finally broken on 77 minutes, when Mauro slotted home: 1-0. Jaëll Hattu came on in the 86th minute and the substitution paid dividends for PSV U21. He doubled the lead in the second minute of added time as coach Dennis Haar and his men finished the season on a high: 2-0.