Two goals from Matthias Verreth inspired PSV U21 to a comfortable 4-1 win over FC Utrecht U21 at Sportpark De Westmaat on Friday evening. Dennis Haar’s team dominated the game from start to finish. Dani van der Moot scored the opening goal, while Marcel Ritzmaier doubled the lead with a superbly struck free kick.

Ritzmaier doubles the lead with a superbly struck free kick
PSV U21 started brightly in Utrecht and just five minutes were on the clock when Dani van der Moot scored the opening goal. The striker, who spent last season on loan with FC Utrecht U21 last season, slotted home at the far post, leaving FC Utrecht U21 goalkeeper Nijhuis with no chance: 0-1. Dennis Haar’s team dominated first-half proceedings and the home side were forced to try their luck with long-range efforts. Marcel Ritzmaier doubled PSV U21’s lead on 31 minutes with a superbly struck free kick. HT: 0-2. 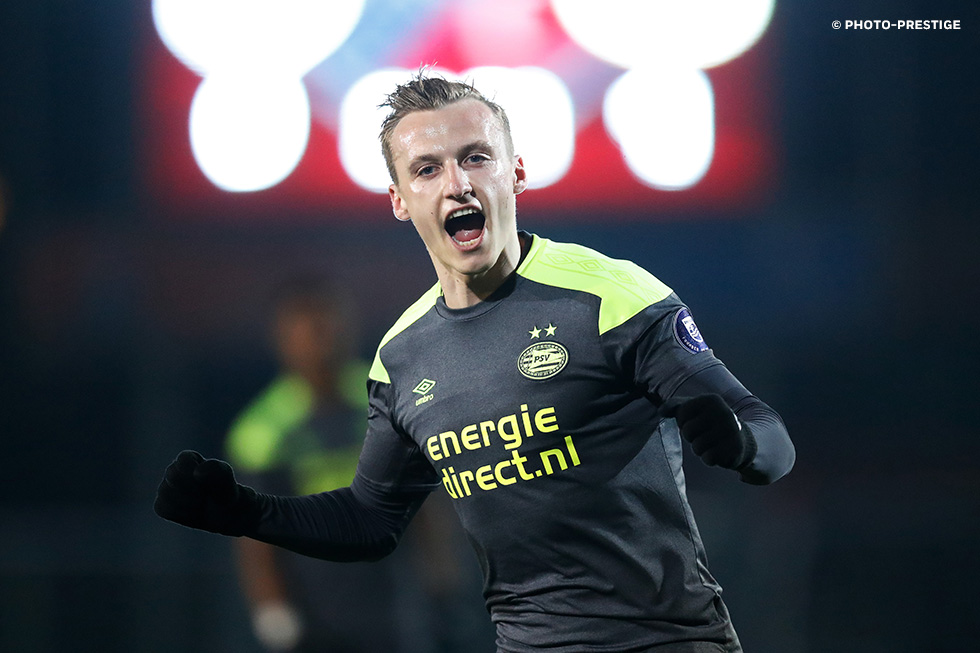 Verreth strikes twice, Wallenburg makes PSV debut
Neither team managed to create any chances of note after the break and PSV U21 goalkeeper Luuk Koopmans was not called into action before the 73rd minute, when he pulled off a fine save. The goal was scored at the other end, when Matthias Verreth slid home a cross from substitute Joey Konings: 0-3. Joosten pulled one back for the hosts before the Belgian Matthias Verreth restored a three-goal advantage for PSV U21: 1-4

PSV O19-speler Baggio Wallenburg made his professional debut for PSV U21.