Ramon Pascal Lundqvist made his long-awaited comeback from injury as PSV U21 eased to a 3-0 win over FC Oss on Monday night. Play was temporarily halted due to floodlight failure.

PSV U21 dominated game
PSV U21 enjoyed plenty of possession in the opening stages and deservedly took the lead on 19 minutes. Nikolai Laursen found the back of the net after being set up by Sam Lammers and Mauro. Dennis Haar’s team had already had several chances to open the scoring, but Lundqvist sent an effort across the face of goal, while Sam Lammers hit the post and fired into the side netting. 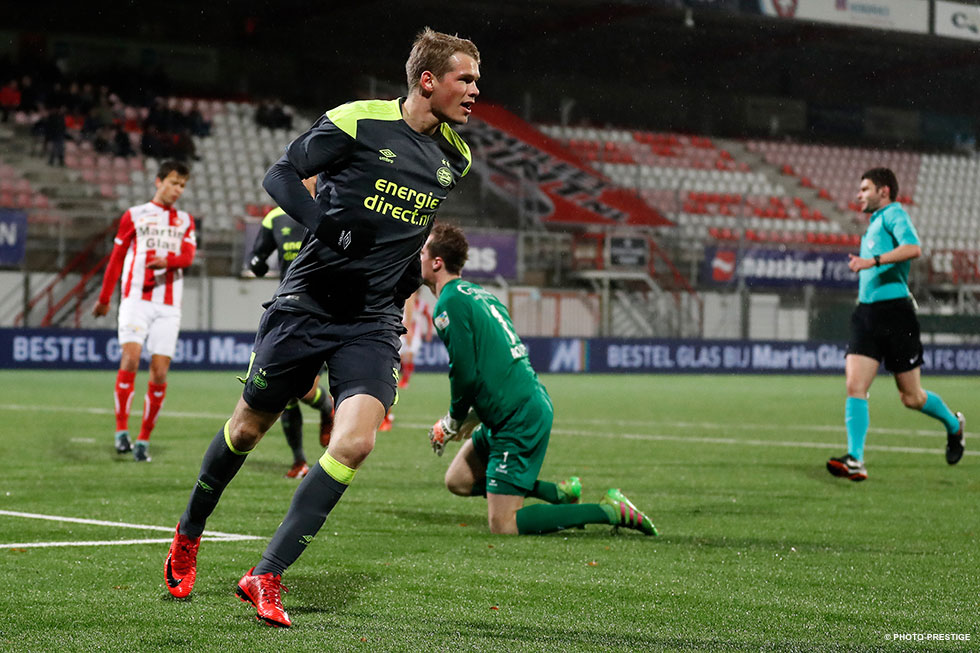 Floodlight failure
PSV U21 were leading 1-0 before play was temporarily halted due to floodlight failure. Play resumed after a 20-minute break. Sam Lammers missed a penalty on 45 minutes, but doubled PSV U21’s lead in the 63rd minute. PSV U21 had plenty of goal scoring opportunities in the remaining minutes, but substitute Donyell Malen was the only player who managed to pull the trigger. FT: 0-3.