PSV U21 earned a 2-0 win over Sparta Rotterdam on a sunny Easter Monday. Goals from Zakaria Aboukhlal and Mauro crowned a dominant display for Denis Haar’s team at De Herdgang training facilities.

PSV U21 the better team
PSV U21 were the better team and started well against second-placed Sparta Rotterdam. The first chance of the game fell to Zakaria Aboukhlal on ten minutes. The winger was at the end of a well-worked move but Sparta Rotterdam keeper Tom Coremans pulled off a fine save to deny him. Dennis Haar’s team dominated first-half proceedings, while the visitors from Rotterdam looked to threaten on the counter attack. Their striker up-front Lars Veldwijk has three shots on target but PSV U21 shot stopper Youri Roulaux made as many saves. 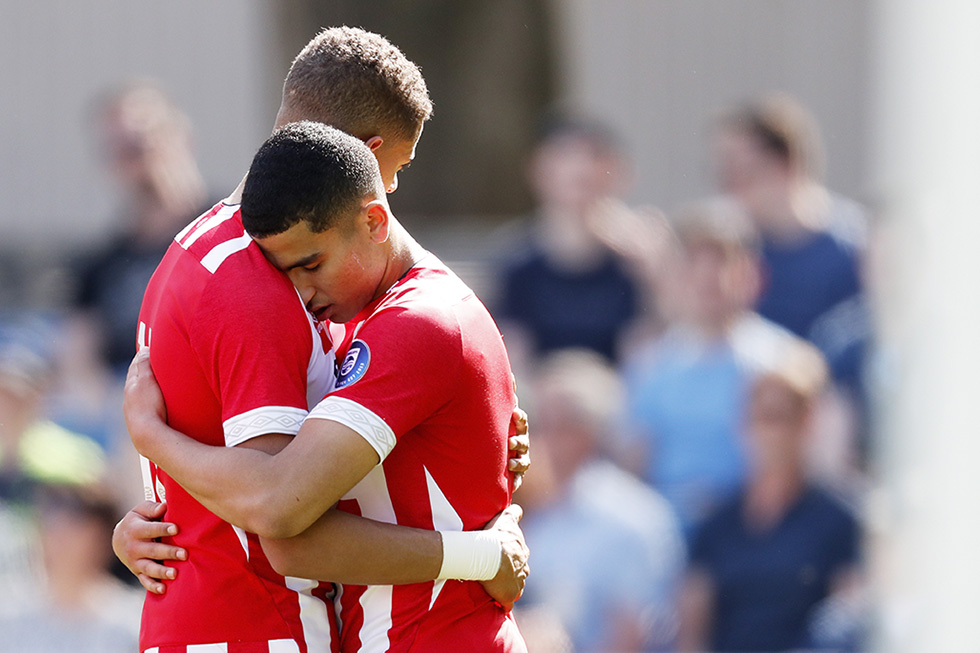 Two second-half goals
PSV U21 could not create any meaningful chances after the break against an organised and compact Sparta Rotterdam defence and tried their luck from long range. The deadlock was broken on 66 minutes. A Sparta defender slid and Joël Piroe was suddenly in acres of space. He played in Zakaria Aboukhlal, who had the easy task of tapping home from close range to give his side a deserved lead. The visitors went in search of an equaliser and left space behind the defence. PSV U21 took advantage and doubled their lead ten minutes before time. Aboukhlal was brought down in the box and Mauro stepped up to convert the penalty: 2-0.