PSV U21 continued their winning run under head coach Dennis Haar on a cold and wet Monday night. Mauro had a goal and an assist to help his team to a comfortable 3-1 victory against TOP Oss.

Lonwijks scored goal of great beauty
Neither team was able to create any clear-cut chances in the opening exchanges. PSV U21 saw most of the ball but only tried their luck from long range. The visitors opened the scoring on 27 minutes from their first meaningful chance, when Oratmangoen slotted home: 0-1. Dennis Haar’s team responded well and were back on level terms in the 34th minute. Justin Lonwijk scored a goal of great beauty. He created some space on the edge of the penalty area before smashing a vicious shot into the top corner: 1-1. PSV U21 took the lead only three minutes later. They won a penalty and Mauro duly converted the spot kick to put PSV U21 2-1 ahead at half-time. 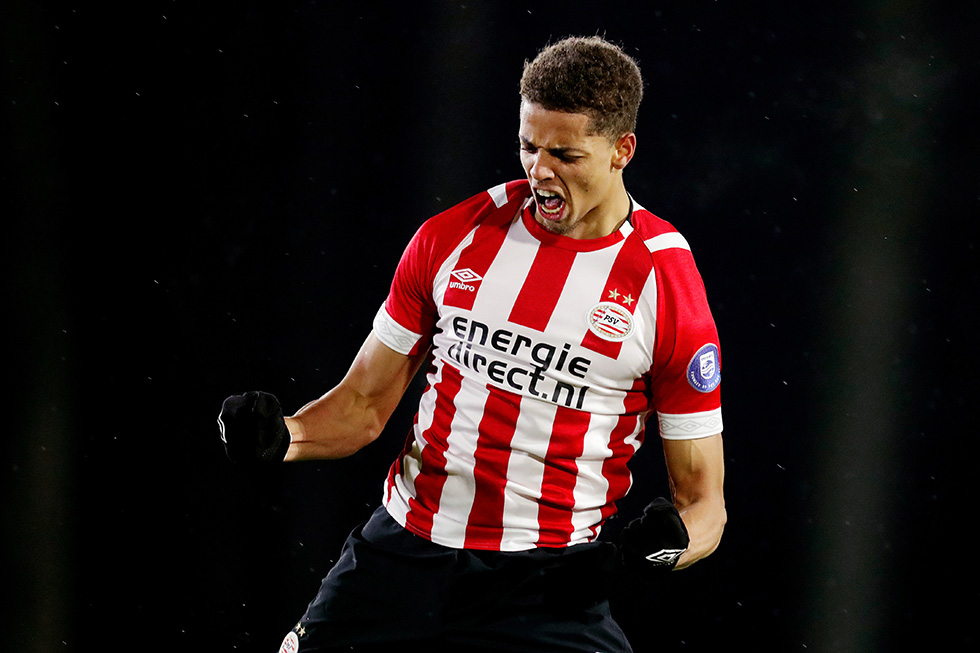 Mauro a constant menace
Mauro, who was a constant menace to the TOP Oss defence, came close to scoring his second goal of the match. The Brazilian curled a free kick towards the far corner but saw his effort palmed away by the keeper. Zakaria Aboukhlal gave PSV U21 a two-goal cushion on the hour mark. Mauro played him through on goal and Aboukhlal finished impeccably: 3-1. The visitors could not stage a fightback in the closing stages as PSV cruised to a comfortable win.