PSV U21 were on the way to a 2-1 victory at MVV on Friday night when Schroijen curled home a fine effort from the edge of the penalty area in the dying seconds to earn the hosts a point in a 2-2 draw.

Chances far and few between
Dennis Haar’s team went out in search of their third successive win but failed to create any meaningful chances early on. It was an open game with chances far and few between and PSV goalkeeper Yanick van Osch was only called into action for the first time on 23 minutes, when he made a save to deny MVV forward Schroijen. The deadlock was broken in the 28th minute. Maxi Romero played a long ball into the path of Matthias Verreth and the Belgian squared the ball to Cody Gakpo who simply tapped home: 0-1. It was a short-lived lead as Schroijen netted an equaliser on 36 minutes. HT: 1-1. 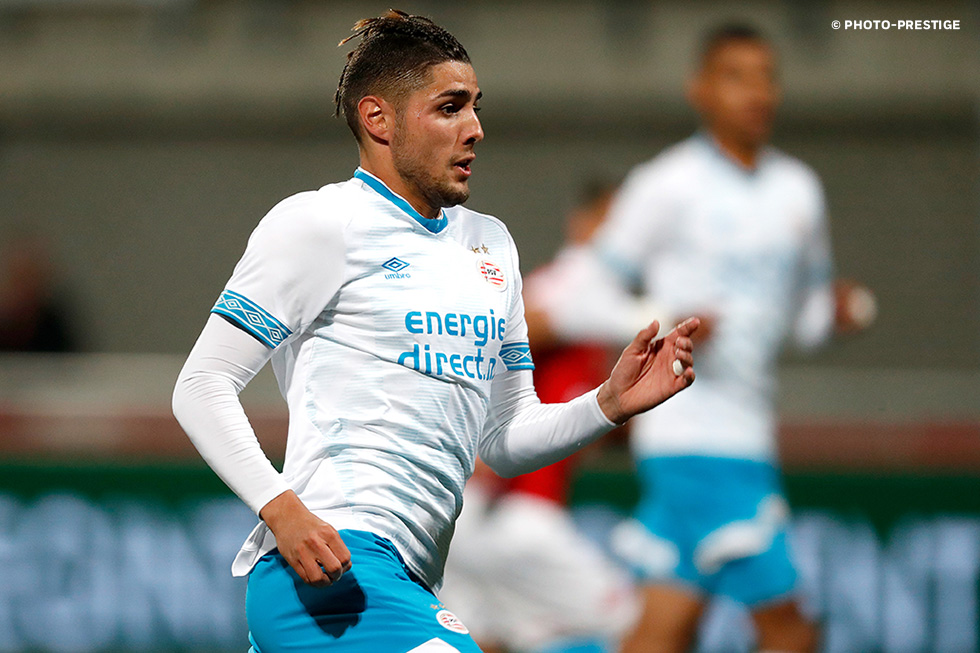 Romero played 45 minutes for PSV U21 on Friday night

Last-gasp equaliser
Yanick van Osch made his mark after the restart, pulling off a reflex save to keep his team in the game. At the other end, Jordan Teze burst down the right flank seven minutes into the second half and played a one-two with substitute Marlon Frey before unleashing a powerful shot that left Luuk Koopmans, on loan from PSV, with no chance: 1-2.  MVV threw everything forward in the closing stages in a bid to snatch a late draw, but PSV U21 comfortably held on. Until the very last minute when Schroijen curled home a fine effort from the edge of the penalty area. FT: 2-2.