PSV U21 cruise past FC Eindhoven

PSV U21 cruised to a 4-1 victory at home to FC Eindhoven on Monday evening. Jordan Teze scored his first goal ever in professional football. Donyell Malen received the Bronze Bull as Best Talent of the second period ahead of kick-off.

Three goals within ten minutes
PSV U21 and fellow townsman FC Eindhoven fought out an equal contest for twenty minutes when Jordan Teze put Dennis Haar’s side ahead on 24 minutes, tapping home Dante Rigo’s free kick at the far post. It was his first goal ever as a professional football player. PSV U21 doubled the lead only for minutes later. Albert Gudmundsson sent in an inviting cross and Cody Gakpo controlled the ball well before slotting home the second goal of the match. Ramon Pascal Lundqvist made it three, unleashing a long-range shot that FC Eindhoven keeper Swinkels failed to gather. Nikolai Laursen had a great goal scoring opportunity on the stroke of half time but blasted over the bar with the goal at his mercy. 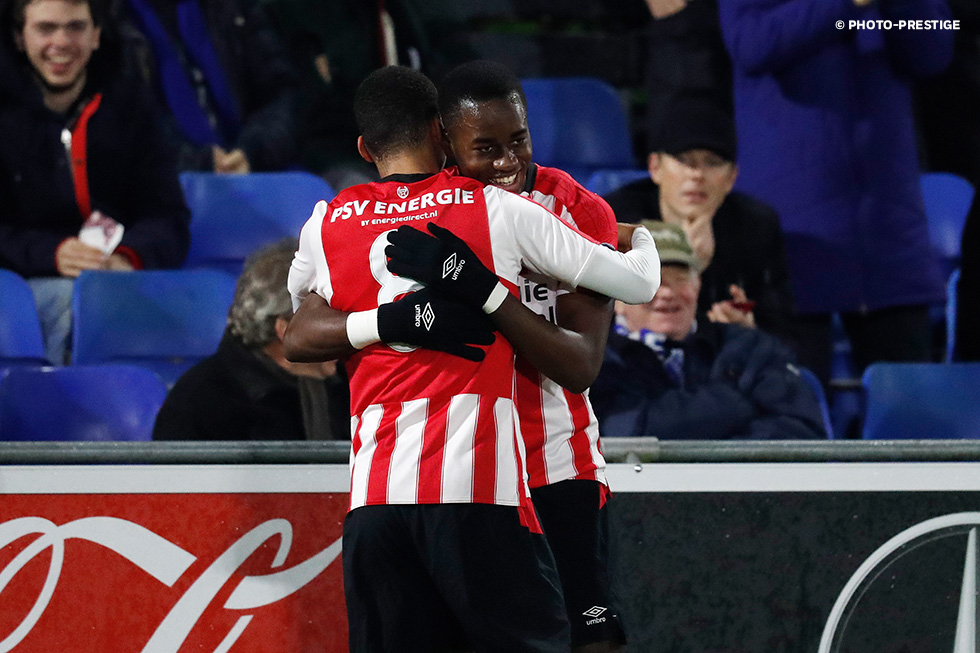 Albert Gudmundsson
PSV U21 had plenty of chances to extend their lead after the restart. Albert Gudmundsson was played clean through but shot straight at Swinkels and Nikolai Laursen sent a volley over the bar. Gudmundsson intercepted a poor back pass from Kortstam before drilling a low shot past Swinkels: 4-0. Lieder scored a consolation goal for FC Eindhoven with ten minutes remaining. Following the 4-1 win, PSV U21 moved up to fifth place in the Jupiler League. 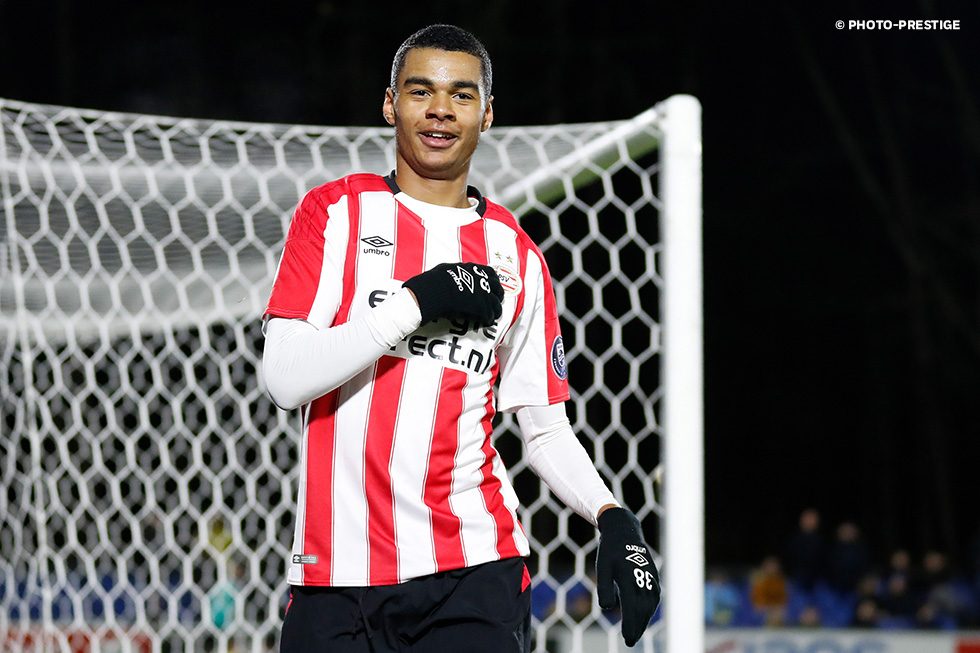 Gakpo got his name on the score sheet on Monday evening