PSV U21 stay top of the Jupiler League table with a 4-1 derby victory against FC Eindhoven at De Herdgang training facilities on Friday night. Alberto, Paal, Jozefzoon and Rosario got their names on the score sheet. Kenneth Paal put his side 2-1 ahead with a delightful shot from 20 yards out.

Alberto scored equaliser
The visitors dictated the opening stages and Deschilder gave them the lead after six minutes’ play. Pascal Jansen’s team could not create chances in the opening thirty minutes before captain Gudmundsson put Jozefzoon clean through, but his effort lacked power and FC Eindhoven goalkeeper Swinkels gathered comfortably. FC Eindhoven then took control but did not create a lot of big chances. And it was 1-1 at half-time when Beto da Silva delivered the perfect cross for Alberto to sweep home. 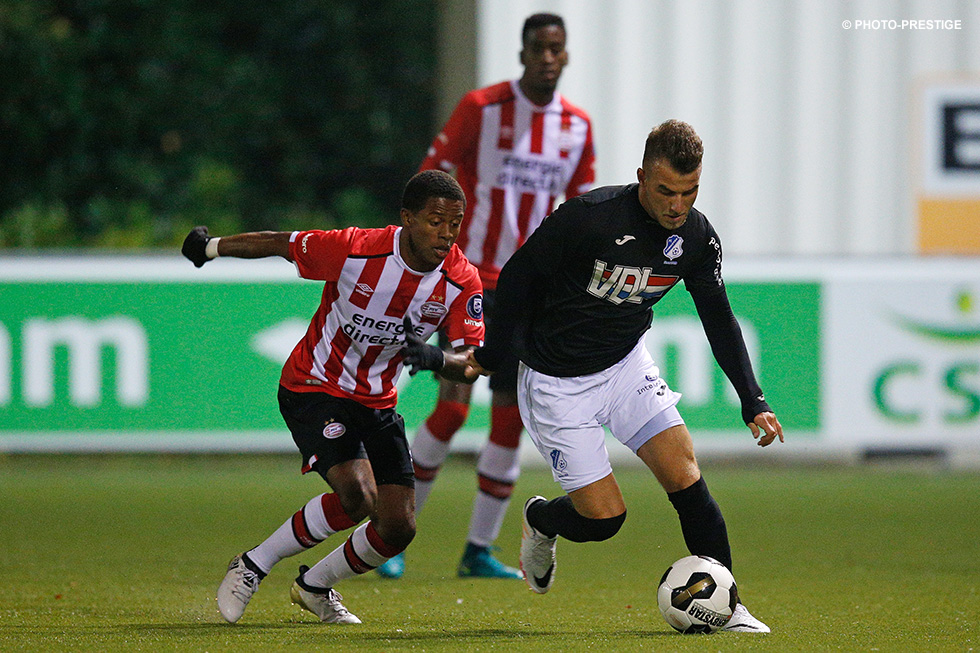 Paal hit a wonder goal
PSV U21 were the better team after the break. Beto da Silva had a chance to level but had his shot blocked by Swinkels. Kenneth Paal put his side 2-1 ahead three minutes into the second half, stroking a delightful shot past Swinkels from 20 yards out. Beto came close to adding a third goal but sent his effort over the bar.  PSV U21 took a two-goal advantage on 65 minutes. Jozefzoon intercepted a poor pass and slotted into the corner: 3-1. FC Eindhoven tried to reduce the deficit but it was Rosario who put the icing on the cake, heading home PSV U21’s fourth goal in the first minute of added time.