PSV U21 claimed a credible 1-1 draw at Go Ahead Eagles on Friday night. Sekou Sidibe got his name on the score sheet, just like he did in PSV U21’s win over Helmond Sport last week.

Entertaining first half
Peter Uneken’s side could have taken an early lead in the early opening stages. Richard Ledezma wiggled his way through the Go Ahead Eagles but his effort floated just wide of the post. The hosts also had a goal scoring opportunity when former PSV player Martijn Berden had a free header but he mishit the ball. Both teams had chances in an entertaining first half, with the rain constantly pouring down. Maxime Soulas headed over the bar while at the other end Jaroslav Navratil slid when he attempted to tap home, so it was still goalless at half-time. 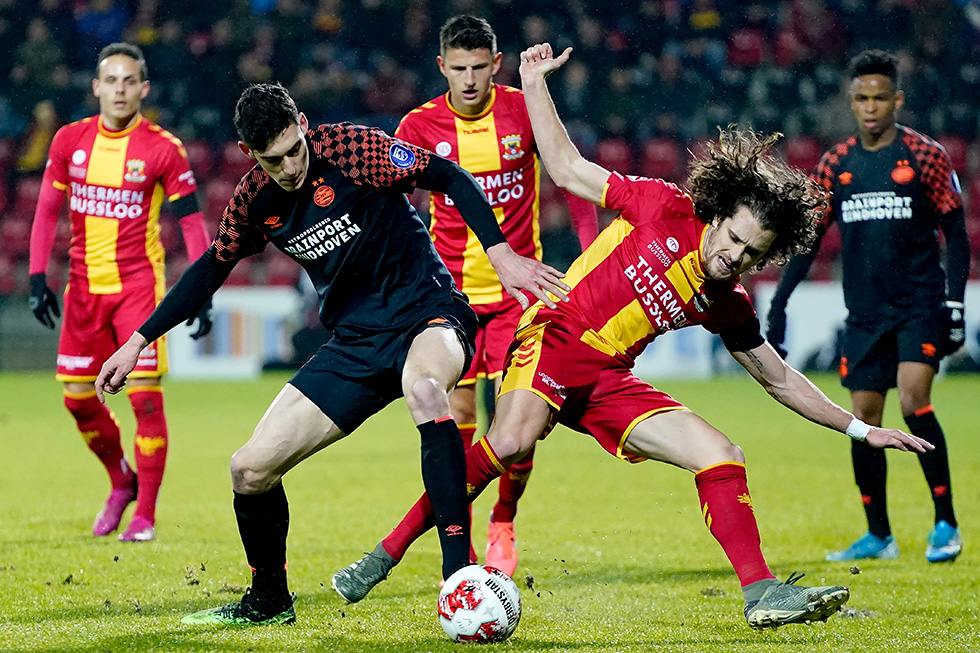 Sekou Sidibe
The game could go either way after the break as well. The hosts had the ball in the net ten minutes into the second half but the goal was disallowed as a foul had been committed in the build-up. Elmo Lieftink gave Go Ahead Eagles the lead in the 69th minute with a glancing header: 1-0. It was a short-lived lead as barely three minutes later Sekou Sidibe intercepted a poor pass and slotted home the equaliser: 1-1. PSV U21 had chances in the closing stages to snatch a late victory but the final pass lacked accuracy.