PSV U21 claimed a convincing 3-1 win over FC Volendam at PSV Campus De Herdgang on Friday evening, thanks to a brace from Cyril Ngonge and a goal from Yorbe Vertessen.

Two penalties
The visitors opened the scoring on fifteen minutes. They won a penalty, following a foul committed by Steven Theunissen. Jelle Duin converted the resulting spot kick. It was a short-lived lead for barely five minutes later PSV U21 were awarded a penalty and Cyril Ngonge made no mistake. HT: 1-1. 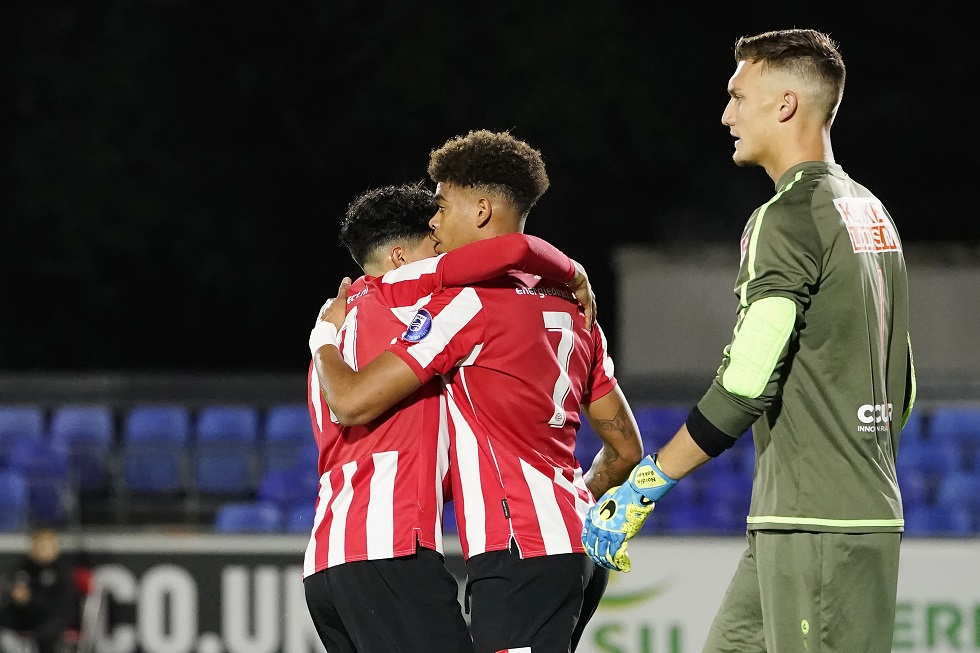 Sharpness in front of goal
The first chance after the break fell to Yorbe Vertessen but the striker saw his effort saved by FC Volendam keeper Nordin Bakker. Soulas came close with a header from a corner. PSV U21 took the lead thirteen minutes from the end. Ngonge started a solo run and beat Bakker at his near post. PSV U21 struck again with five minutes remaining. Chris Gloster played Vertessen clean through and the striker kept his calm when one-on-one with Bakker: 3-1. Andrew Mendonca made his comeback after a spell on the sidelines with injury.