PSV U21 claimed a dramatic 5-4 win over FC Den Bosch in their opening game of the new season. Sam Lammers scored four goals for PSV U21 in a topsy-turvy clash in the Jan Louwers Stadion in Eindhoven on Monday night. Philippe Rommens also got his name on the score sheet.

Early lead
It was goals galore in the first half, with PSV U21 taking an early lead. Nikolai Laursen had a shot blocked by FC Den Bosch goalkeeper Kees Heemskerk, but the ball fell to Sam Lammers who tapped home the opener from close range on eight minutes. Lammers had been on target for the Netherlands U19 at the European Championship this summer. Romero Rosales thought he had opened the scoring for FC Den Bosch in the 7th minute but saw his effort rattle the woodwork. 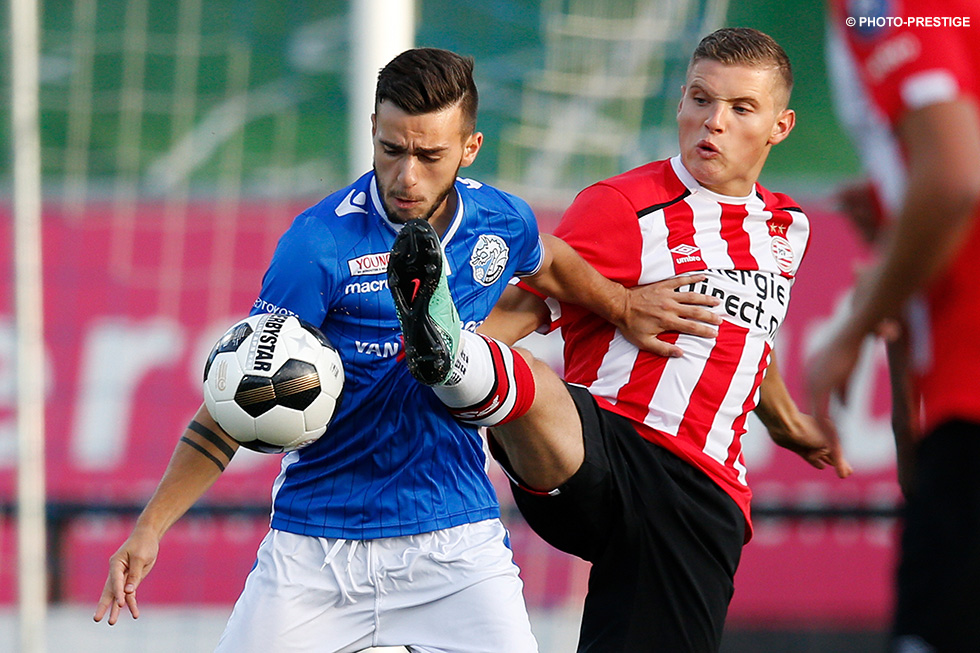 Philippe Rommens vies for the ball. The Belgian scored one goal for PSV U21

Lammers struck four times
Finding the back of the net was no problem at all for Sam Lammers, who completed a first-half hat trick. Albert Gudmundsson found Lammers who netted his second goal on 32 minutes and seven minutes later Rai Vloet produced the assist for the prolific striker’s third goal. Phillipe Rommens made it four with a well-struck free kick, while Zilja Azizov pulled one goal back on the stroke of half-time. The visitors had been reduced to ten men after Jeremy Fernandes had been sent off in the 44th minute. PSV U21 looked to be comfortably cruising to an emphatic win but 10-man FC Den Bosch staged a brave second-half comeback. Ben Santerman, Regales and Bart Biemans scored three goals in quick succession to level the score, but Lammers had the last word, hitting a dramatic winner in the 64th minute.