PSV U21 and FC Eindhoven settle for a point each 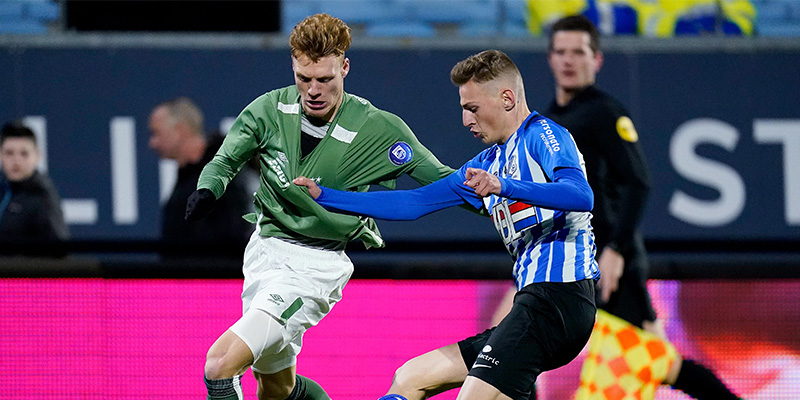 PSV U21 and FC Eindhoven had to settle for a point each on Friday evening as Moses Makasic cancelled out Yorbe Vertessen’s strike in a 1-1 draw at the Jan Louwers Stadion. PSV U21 are sitting in sixteenth place with 21 points from 26 games.

Vertessen breaks deadlock on the stroke of half-time
FC Eindhoven gradually took control and PSV U21 goalkeeper Mike van de Meulenhof made a number of fine saves to keep his side in the game. Peter Uneken’s side also had their moments and created some half-chances. Cyril Ngonge had a chance to open the scoring after being played clean through by Sekou Sidibe, but hesitated too long and the chance went begging. PSV U21 took the lead on the stroke of half-time. Richard Ledezma played in Yorbe Vertessen, who slotted home, leaving FC Eindhoven keeper Ruud Swinkels with no chance. HT: 0-0.

Controversial equaliser
FC Eindhoven went in search of an equaliser after the break. Ledezma was sent off for a late challenge on the hour mark, but the hosts were also reduced to ten men in the 67th minute when Flor van den Eynden was shown a second yellow card. FC Eindhoven dominated second-half proceedings without creating any chances of note. Yet they were back on level terms ten minutes from the end when Moses Makasi scored a controversial goal. Van de Meulenhof was sure he had saved his effort but the assistant referee had seen the ball cross the goal-line. FT: 1-1.