Helmond Sport suffered seven defeats in their last eight games and PSV U21 added to their woes with a comfortable 3-0 win at De Herdgang training facilities on Friday evening.

Gudmundsson takes tally to thirteen
In the wake of the convincing 5-0 derby win over FC Eindhoven on their last outing, PSV U21 burst out of the blocks against Helmond Sport. The visitors lacked confidence following a string of defeats.  Gudmundsson, who completed another hat-trick on Monday, opened the scoring on thirteen minutes, taking his goalscoring tally for the season to thirteen. Lammers doubled the lead six minutes later and Piroe added a third. It was his first goal as a professional player. 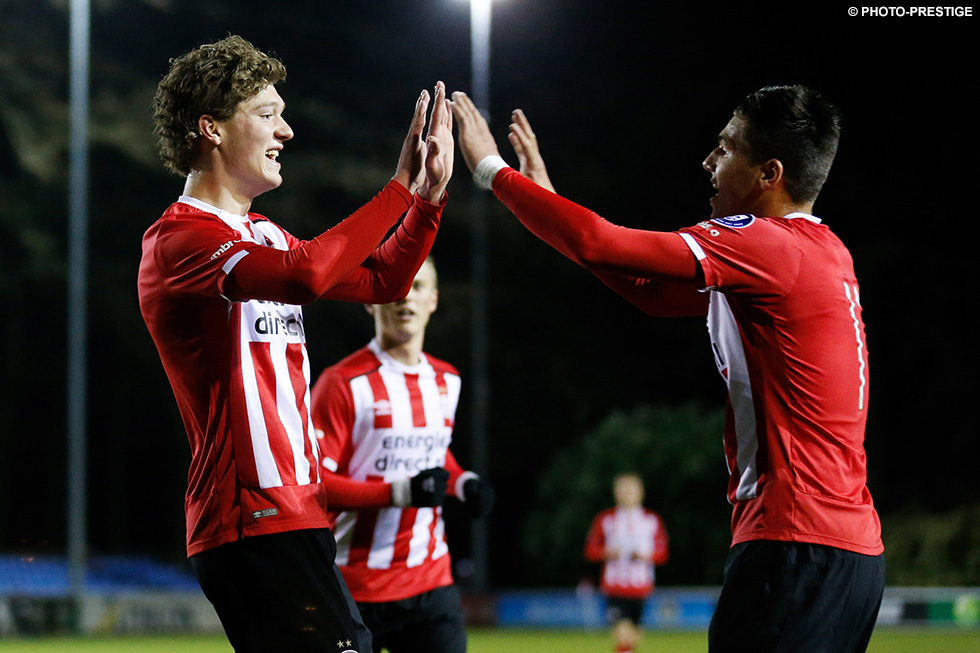 Sam Lammers celebrates scoring his sixteenth goal of the season. Jöel Piroe (pictured right) delivered the assist. He made it 3-0 on 24 minutes.

Controle
Helmond Sport coach Hendriksen made a double change on the half-hour mark in a bid to limit the damage for his team. It proved to be effective, also because PSV U21 leaned back. Pascal Jansen’s  team continued to control the game after the break as well. Lammers was close with a fierce shot while  Gudmundsson missed a sitter as PSV U21 cruised to a 3-0 win, the second in one week over regional rivals.