Great chances
The hosts took an early lead. Only seven minutes were on the clock when Malachi Walcott rose high to head in from Bowden’s corner, leaving Van Dorp with no chance: 1-0. PSV U19 had a few fine chances to draw level. Vertessen skewed an effort wide, while Tottenham Hotspur keeper Austin pulled off a good save from Thomas’ free kick. Sidibe and Vertessen were on-one-one with Austin on two occasions but failed to take their chances. Sidibe had a great opportunity on the stroke of half-time to score an equaliser but saw his shot cleared off the line by goalscorer Walcott. HT: 1-0 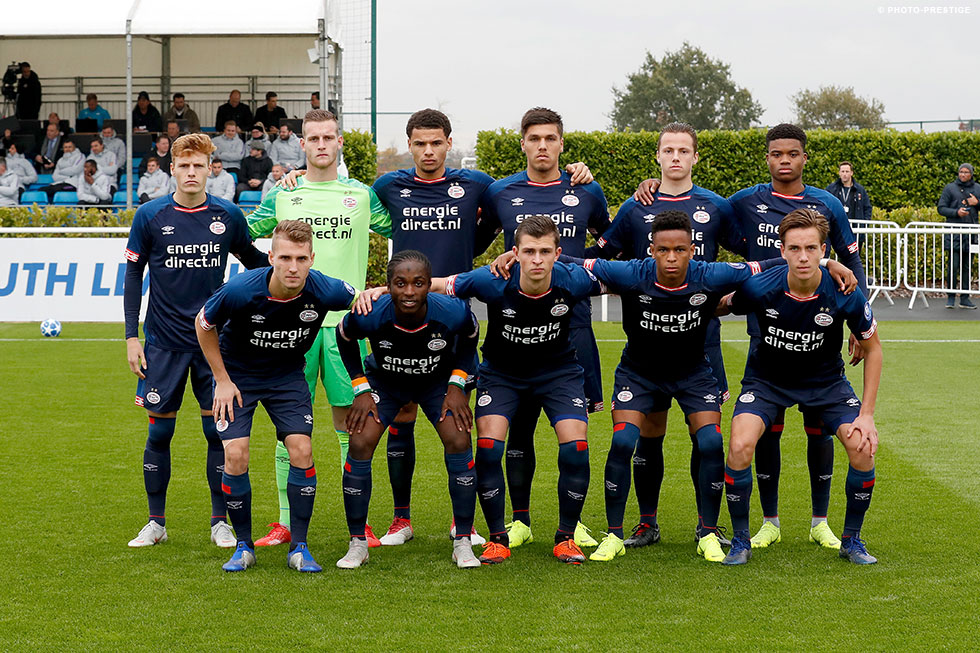 Madueke makes Youth league debut
Ruud van Nistelrooy’s team continued their search of an equaliser after the break. 16-year old Noni Madueke, who has joined PSV from Tottenham Hotspur, replaced Piroe to make his Youth League debut. PSV U19 could not stage a comeback in the second half, although substitute Aboukhlal and Vertessen came close. The hosts put the game to bed in the 90th minute with Bennett turning provider for Parrott to tap in from close range. FT: 20.  PSV have collected four points from four games.