PSV suffered their first defeat after the winter break, going down 1-3 to AZ in the Philips Stadion on Wednesday night. Teun Koopmeiners bagged a first-half brace for the visitors from Alkmaar. Philipp Max pulled a goal back in the 59th minute with a well-struck free kick. PSV went in search of an equaliser but Stengs made it 1-3 in the final minute of official time.

Koopmeiners bags first-half brace for AZ
Both teams cancelled each other out in the first thirty minutes and there was not much to report in the way of chances. But AZ opened the scoring on the half-hour mark. Calvin Stengs played a long ball into the path of Myron Boadu. Yvon Mvogo left his line but brought down AZ’s striker and referee Serdar Gözübüyük pointed to the spot. Teun Koopmeiners stepped up and sent Mvogo the wrong way: 0-1. PSV were made to chase the game but AZ were in full control. Stengs played in Boadu but the chance went begging. Roger Schmidt’s men conceded a second goal in the 39th minute. And it was again Teun Koopmeiners who was on target for AZ. AZ’s captain controlled the ball well at the far post and lobbed Mvogo while the ball was in mid-air with an artistic backheel chip: 0-2. 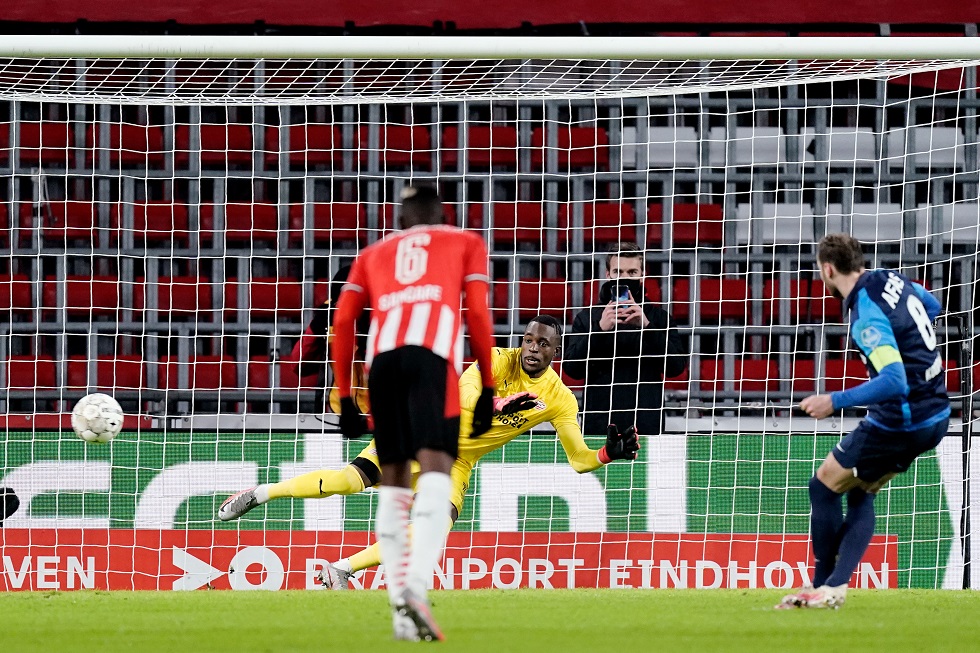 Philipp Max pulls a goal back
PSV looked to make amends after the break started the second half brightly. Ryan Thomas had made way for Mauro Júnior. AZ kept men behind the ball, looking to hit PSV on the counter. PSV pulled a goal back in the 59th minute. They won a free kick at the edge of the penalty area and left-footer Philipp Max put the ball into the bottom right corner: 1-2. PSV went in search of an equaliser and enjoyed the bulk of possession without creating any chances of note. AZ were pegged back into their own half and PSV sent everything forward in the hectic closing stages. Marco van Ginkel left the bench to replace Mohamed Ihattaren, it was his comeback after 983 days, and Joël Piroe came on for Donyell Malen. PSV won a number of corners in quick succession, while AZ played for time and held on for a narrow victory. PSV left space at the back and Stengs capitilised, putting the result beyond doubt in the last minute of official time: 1-3. 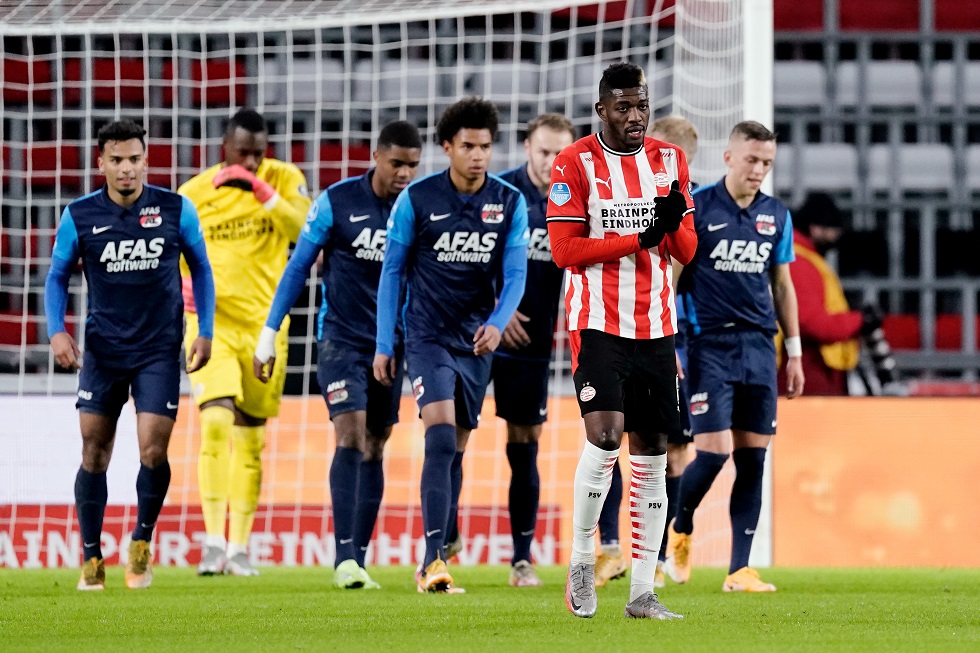