PSV kept their hopes alive of staying in Europe into the New Year following a 3-2 win over PAOK in the Philips Stadion on Thursday evening. Roger Schmidt’s team were two goals down within the opening fifteen minutes but goals from Cody Gakpo, Noni Madueke and Donyell Malen helped PSV to a vital 3-2 victory.

No Ihattaren
Roger Schmidt made no changes to his team for the first time this season. Mo Ihattaren missed the game, as he is tired and must fully recover from his illness, explained Schmidt, who added that the midfielder needs more training to get in good shape for the December fixtures.

PAOK have dream start
The visitors from Greece had a dream start after Tzolis's volley deflected off Fernando Varela and into the net in the fourth minute, leaving Yvon Mvogo with no chance: 0-1. PSV thought they were level again ten minutes later when Donyell Malen had the ball in the net but the linesman wrongly raised his flag for offside. No video refs are used in the Europa League this season so the decision could not be overturned. The Greek side doubled their lead in the 13th minute. Živković found Schwab, whose pass enabled Tzolis to volley home at the far post: 0-2. 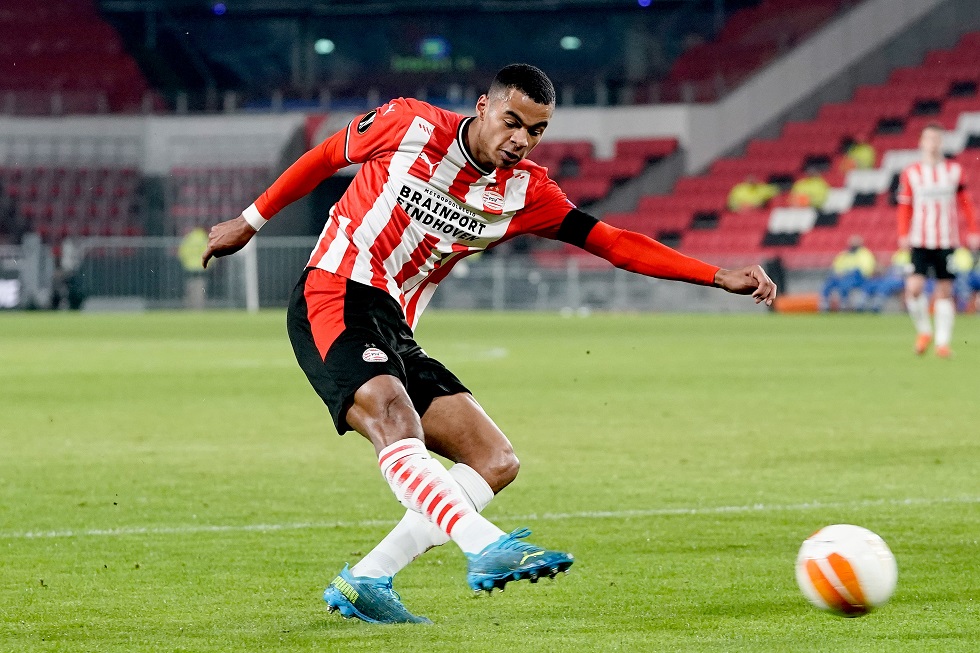 Gakpo pulls one back
PSV were back in the game on 20 minutes when Cody Gakpo reduced the deficit. Madueke turned provider for Gakpo, born and bred in Eindhoven, and the forward produced a hard right-footed shot that went through the legs of PAOK keeper Živković’s. It was his seventh strike of the season in all competitions.

PSV complete comeback
PSV came bursting out of the blocks after the restart and completed a fine comeback within eight minutes. Dumfries burst down the right wing and found Gakpo , who set up Madueke and the young English forward’s finish was perfect: 2-2.  Zahavi sent a shot at keeper Živković, who punched the ball away to Malen who made no mistake from the rebound: 3-2. Madueke had a good chance to extend the lead but fired into the side netting. Midfielder Jorrit Hendrix came off the bench to replace Zahavi on 71 minutes as PSV held on for three vital points. The 3-2 victory over PAOK moves PSV into second place, with six points from four games. PAOK are third with five points. PSV face Group E leaders Granada in Spain next week. 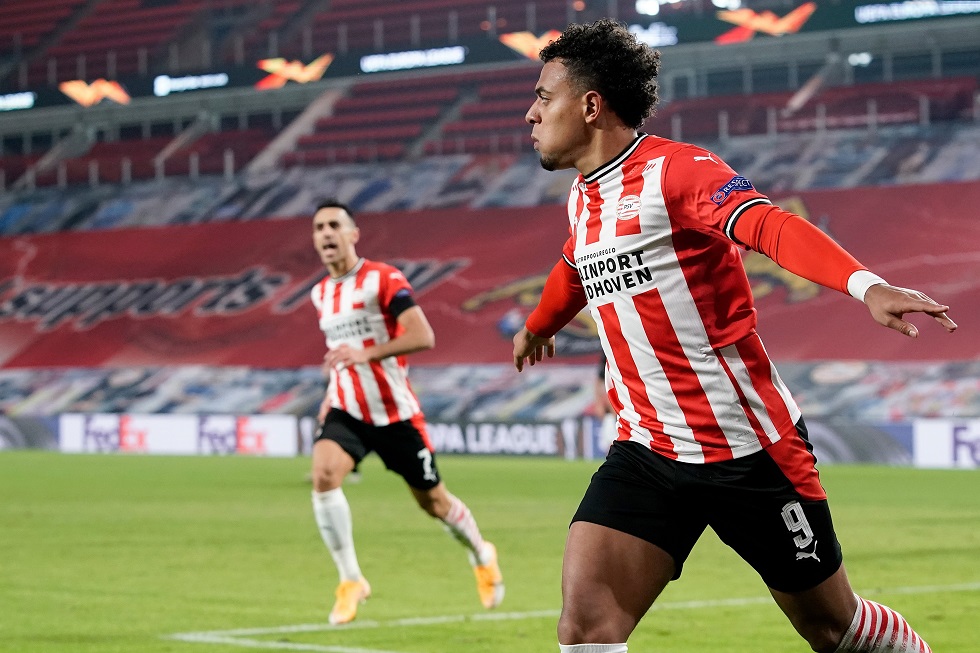