PSV put in a sparkling first-half performance to register a fully deserved 2-0 victory against Vitesse in the Philips Stadion on Saturday, courtesy of two fantastic strikes from Ibrahim Sangaré (’19) and Bruma (’30).

First few chances
PSV looked to take all three points in a match that was played behind closed doors. Vitesse had the first chance of the match when Joël Drommel was called into action to deny Loïs Openda. PSV soon took control, moved as a machine and outplayed Vitesse at times. Roger Schmidt’s team started a number of flowing moves and Mario Götze teed up Ritsu Doan who had a low shot on target but Vitesse keeper Markus Schubert went down in time. Carlos Vinícius turned provider for Mario Götze, but Schubert was also equal to his effort.

Two fantastic strikes
PSV were rewarded for their dominance in the 16th minute. Left back Mauro JR burst down the left wing and sent in a cross. The ball was half cleared and fell to Ibrahim Sangaré. The in-form Ivory Coast international, who was the boss in midfield, needed no second invitation and unleashed a powerful shot from twenty yards out that sailed into the top corner of the net, leaving Schubert with no chance. What a goal! 1-0.  PSV marched on and Bruma doubled PSV’s lead on the half-hour mark. German playmaker Mario Götze delivered a cross that Carlos Vinícius flicked on to Bruma who smashed home a first-time shot. Another goal of great beauty!: 2-0. Vinícius and Ritsu Doan had chances to  make it three for PSV in the first half. 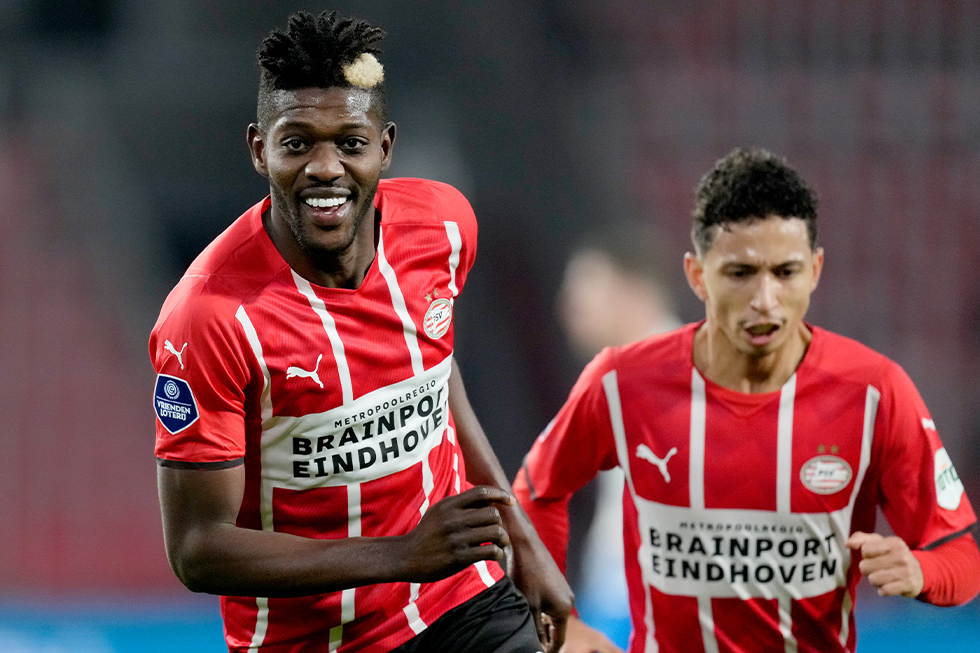 In search of a third goal
Vitesse, who chased the game, made a double change at the break and showed more intensity and drive in the second half, but Drommel and his fellow defenders were keen to keep a clean sheet. The PSV shot stopper put in a convincing display as PSV went in search of a third goal to kill off the game. Götze, at the end of another well-worked move, was unlucky to see his shot only hit the post with twenty minutes remaining.

Substitutes went close
Yorbe Vertessen replaced Bruma in the closing stages. The young Belgian immediately made his mark with a fine solo run, wiggling his way past a number of Vitesse defenders. Carlos Vinícius made way for Maxi Romero, who thought he had scored the third goal but the assistant referee’s flag went up as the Argentine had his goal ruled out for offside. PSV kept a clean sheet, scored two fantastic goals and bagged the three points. They will return to Europa League action next Thursday when they entertain Sturm Graz in the Philips Stadion. 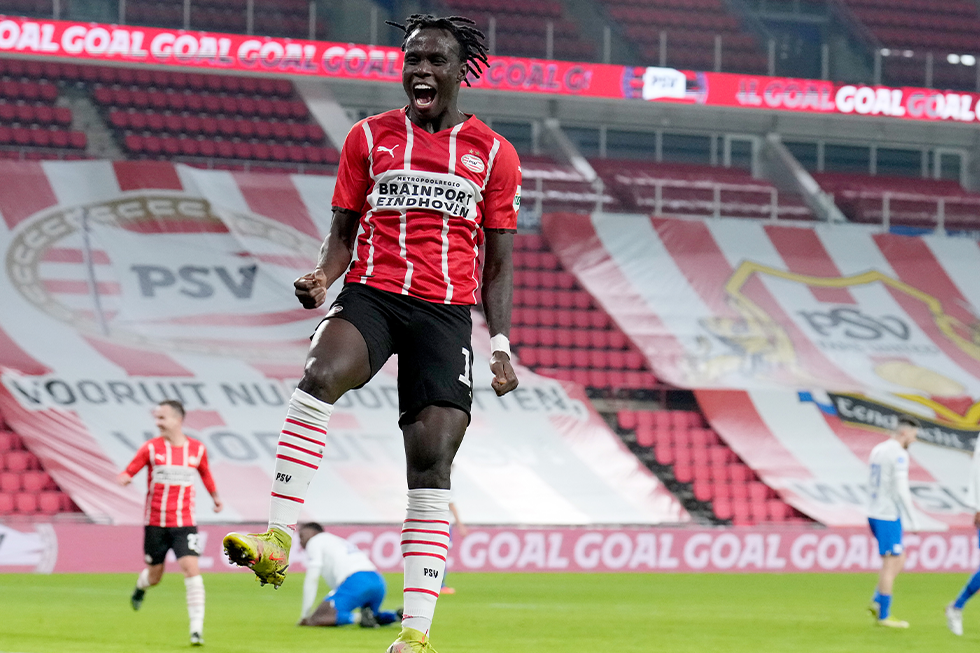