PSV were still trailing 1-0 in the 84th minute until André Ramalho, Cody Gakpo and Olivier Boscagli scored three goals in five crazy minutes to secure a well-deserved 3-1 victory against PEC Zwolle in the Philips Stadion on Saturday night.

Early goal
PSV played host to PEC Zwolle, rooted to the bottom of the Eredivisie, and looked to score an early goal. They came close when Noni Madueke found Eran Zahavi but the Israeli striker could not connect with the young Englishman’s cross. The goal, though, fell at the other end. Three minutes were on the clock when PEC goalkeeper Kostas Lamprou’s kick was flicked on into the path of Daishawn Redan who slotted home: 0-1. PSV looked to respond and created several fine chances. Captain Marco van Ginkel played a clever through ball to Zahavi who could not finish and when Phillipp Mwene played in Mario Götze, Sam Kersten only made a clearance after a proper goalmouth scramble. PSV controlled the game but could not break down PEC Zwolle’s compact and stubborn five-man defence.

Lamprou pulls off a string of saves
PSV worked hard to level the score in the first half. Lamprou pulled off a string of fine saves to deny Marco van Ginkel, Noni Madueke, Ibrahim Sangaré and Cody Gakpo. Zahavi had run out of luck when he did everything right to see his effort only hit the crossbar. Olivier Boscagli had another shot on target on the stroke of half time and Philipp Max went close from the rebound but the visitors’ goalkeeper kept a clean sheet. 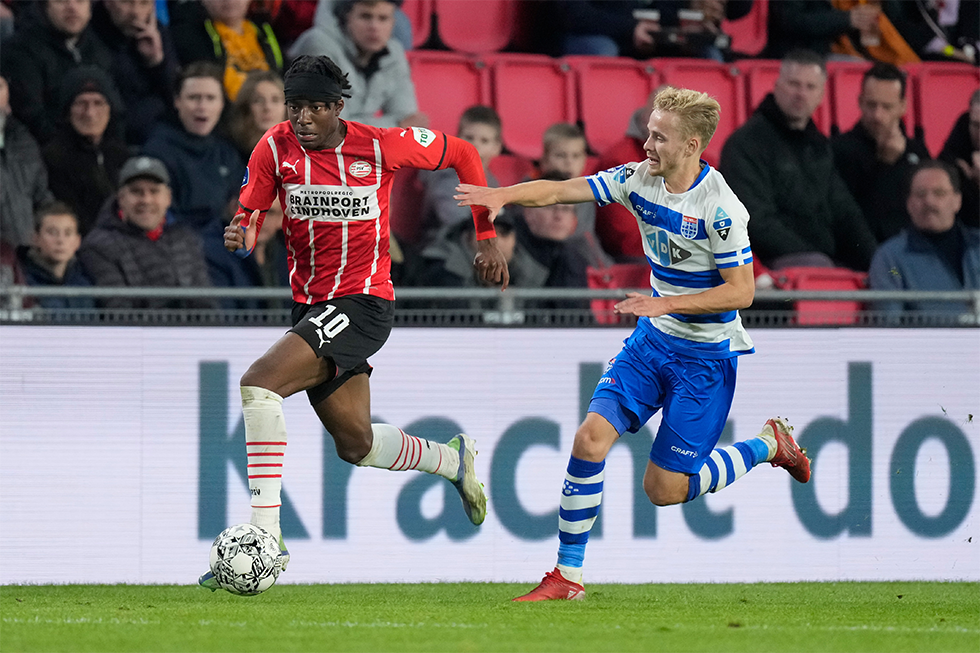 A tall task
PSV were facing a tall task after the break, needing to score at least two goals to grab three valuable points. Gakpo fired into the side netting while Sangaré, who had scored a goal in his last three appearances, tried his luck with an acrobatic bicycle kick. Carlos Vinícius replaced Zahavi in the 61st minute and headed an effort over the bar. Yorbe Vertessen, who had come on for Van Ginkel, forced Lamprou into a great save. Madueke made way for Bruma in the 72nd minute as PSV in vain struggled to net an equaliser.

PSV laid siege to PEC Zwolle goals
PEC were hanging on, pushing bodies forward and battling for every inch of ground to pull off a shock result. PSV monopolised possession and laid siege to the PEC Zwolle goal and finally got their reward in the 84th minute, when centre back André Ramalho headed home Cody Gakpo’s corner: 1-1. And the home crowd went wild when local hero Gakpo put them ahead two minutes later. Yorbe Vertessen had the assist and Gakpo coolly finished with a first-time low shot, with Lamprou wrong-footed: 2-1. French defender Olivier Boscagli put the icing on the cake in the 89th minute. PSV won a free kick on the edge of the penalty area and Boscagli stepped up to curl a superb strike into the top corner of the net beyond the reach of Lamprou: 3-1. PSV are second in the table, with 21 points from nine games, one point behind leaders Ajax ahead of their clash in Amsterdam next week Sunday. 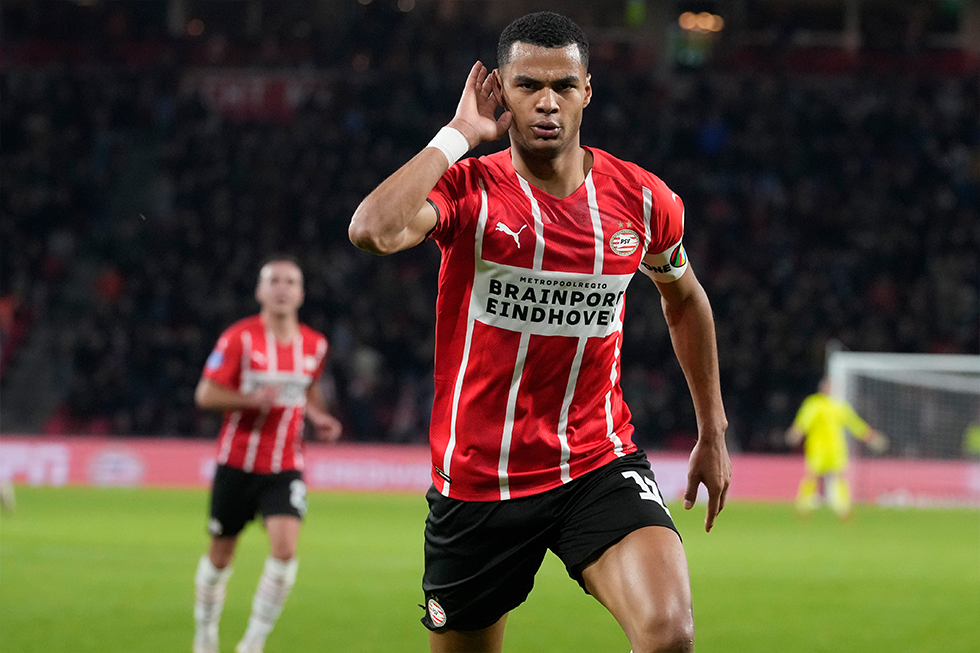