PSV have reached an agreement to sign Velez Sarsfield striker Maximiliano Romero. The Argentinian will put pen to paper on a contract with PSV which will keep him at Philips Stadion until 2023.

18-year-old Maximiliano Romero is generally regarded as one of the most valuable young players in Argentina. He came through the ranks at Vélez Sarsfield in Buenos Aires and made his first-team debut in 2016. He scored eighteen goals in 39 appearances in the Argentinian top flight, including four goals in ten matches this season.

“PSV is my first club outside Argentina and it is a great way to gain experience”, said Romero, speaking to PSV TV. “After consulting my father and agent, I have decided to continue my career abroad. I’ve scored a lot of goals for Vélez in Argentina, so I hope I can do it here as well and please the fans.”

Cocu: ‘Golden opportunity’
Phillip Cocu is delighted PSV have completed the signing of Maximiliano Romero. “We have seen him in action several times and we think that he, as a number nine, has the ability to be a genuine goal threat in the Eredivisie. He is a physically strong, clinical striker and is comfortable dribbling and shooting with both feet. He is only eighteen years of age, but is a technical sound and skilful player. He has great potential and we couldn’t waste the golden opportunity to sign him.” 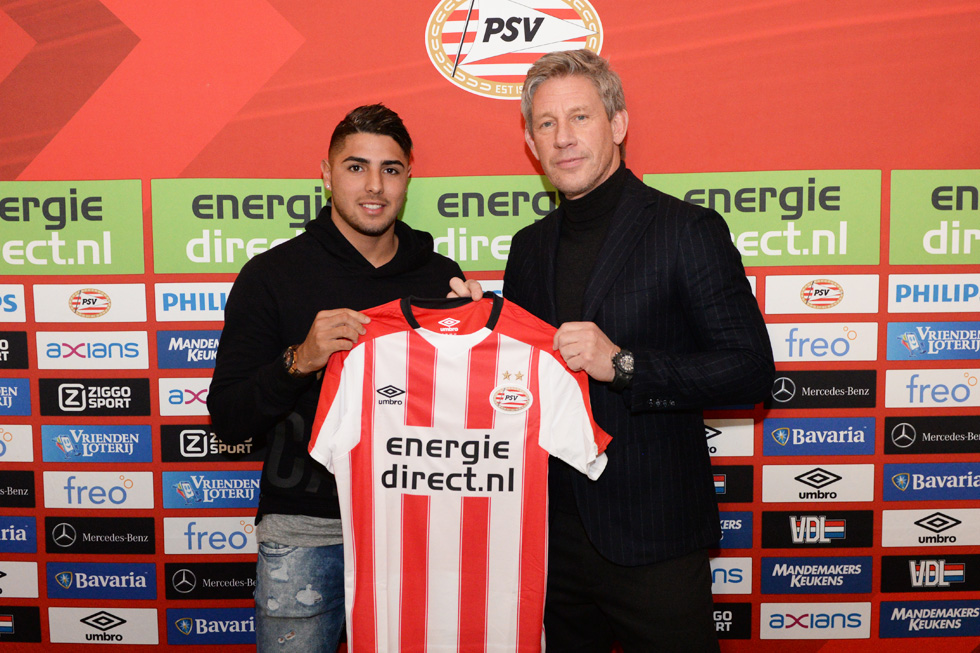