PSV will not be in the hat when the UEFA Europa League round of 16 takes place. They earned a 2-1 victory over Olympiacos FC in the Philips Stadion on Thursday night but the Greek side went through 5-4 on aggregate. Eran Zahavi bagged a first-half brace but Ahmed Hassan’s 88th minute strike broke PSV’s hearts.

Attack-minded
PSV needed to overcome a two-goal deficit and were consequently attack-minded. Olivier Boscagli made his return from injury and the Frenchman put on a fine display in midfield. Roger Schmidt’s took control after some ten minutes and the first chance of the game fell to Eran Zahavi, who sent an effort over the bar. Olympiacos defender Ba made a superb tackle to deny Donyell Malen’s low effort.

Zahavi strikes twice
PSV put more pressure on the Olympiacos FC defence and got their reward in the 23rd minute. Zahavi jumped high to head home Ryan Thomas’ corner. His header went straight at keeper José Sá who struggled to gather the ball and saw it cross the line: 1-0. The match was played behind closed doors, so the Philips Stadium did not erupt either when Zahavi doubled PSV’s lead on the stroke of half-time. Boscagli was fouled on the edge of the penalty area and the Israeli striker magnificently curled the free kick into the top corner: 2-0. 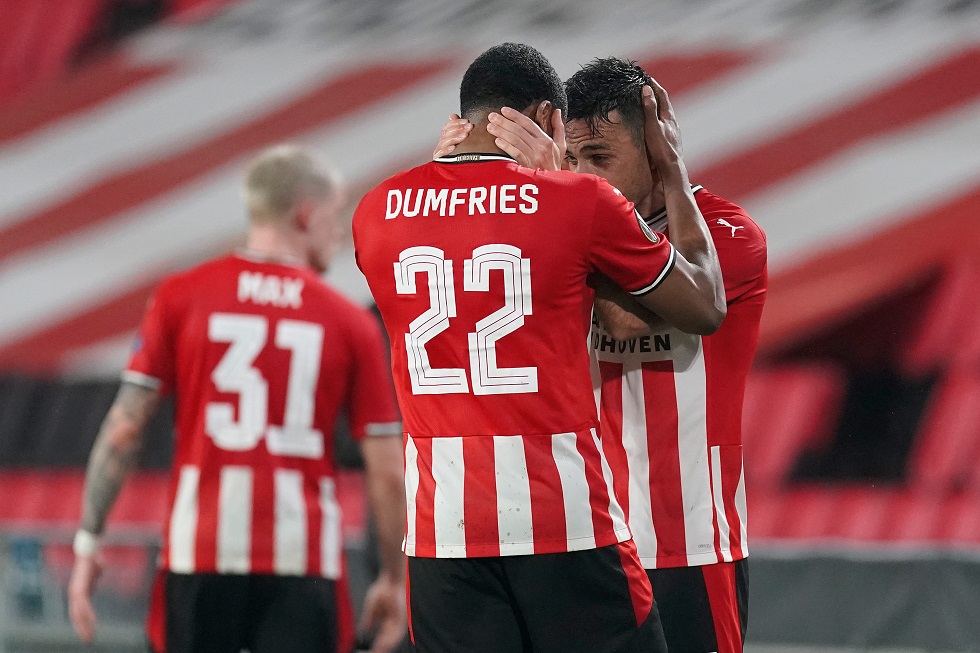 Defend or push forward?
Zahavi’s first-half brace had taken PSV level with Olympiacos, and the away goals from the first leg in Piraeus would see them through to the quarter-finals. Should they defend their lead or should they push forward in search of a third goal. The Greeks had no option but to try and score a goal and went close when Camara hit the woodwork five minutes into the second half beyond the reach of keeper Yvon Mvogo.

Hassan breaks PSV’s hearts
Both teams had their chances. Philipp Max fired a free kick inches wide of the far post in the 66th minute and Fortounis saw his free kick cannon off the crossbar in the 78th minute. Mario Götze sent a long ball into the path of Donyell Malen whose right-footed drive hit the post with four minutes remaining. PSV looked to hold on for a 2-0 win but there was late drama in the Philips Stadion. Mvogo pushed Ahmed Hassan’s header wide and the Egyptian international pounced on the rebound, blasting it into the roof of the net to break PSV’s hearts. 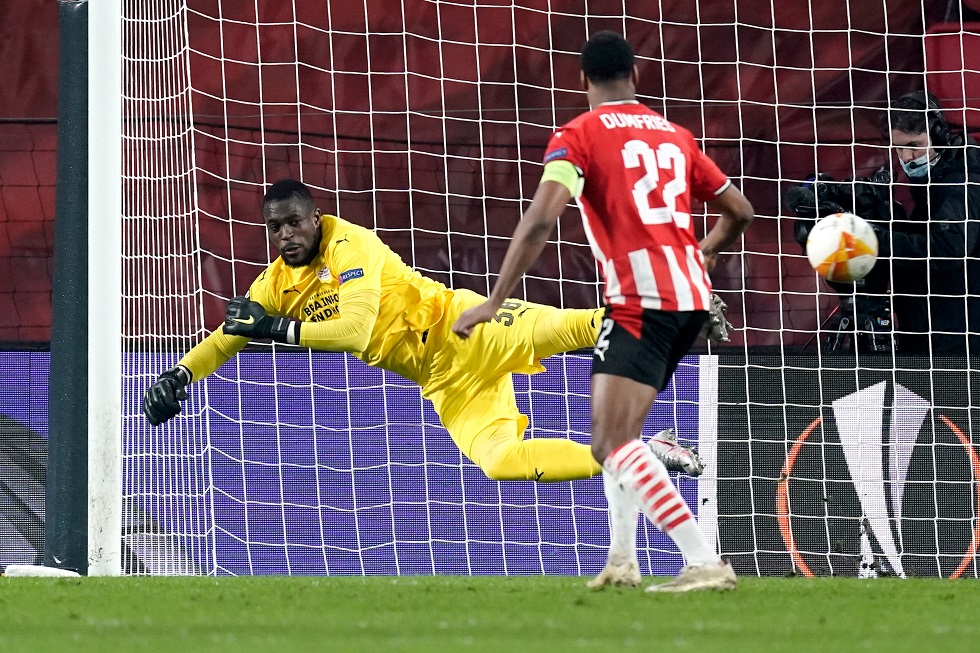