KNVB Beker winners Feyenoord beat Eredivisie Champions PSV 6-5 on penalties to win the Dutch Super Cup after the tie in the Philips Stadion had ended goalless after 90 minutes.

VThe traditional curtain raiser to the new season was temporarily stopped early on as fireworks and flares were launched on the pitch by Feyenoord fans. PSV started the game brightly and Luuk de Jong saw his header clawed away by Feyenoord keeper Justin Bijlow, who was by far the busier of the two goalkeepers in the first half. PSV created some chances. Malen headed Pereiro’s cross wide of the post, while Bijlow comfortably gathered Daniels Schwaab’s volley. The best chance fell to the visitors on the stroke of half time. Sam Larsson dispossessed Denzel Dumfries but Robin van Persie just could not connect with the Swede’s cross. HT: 0-0. 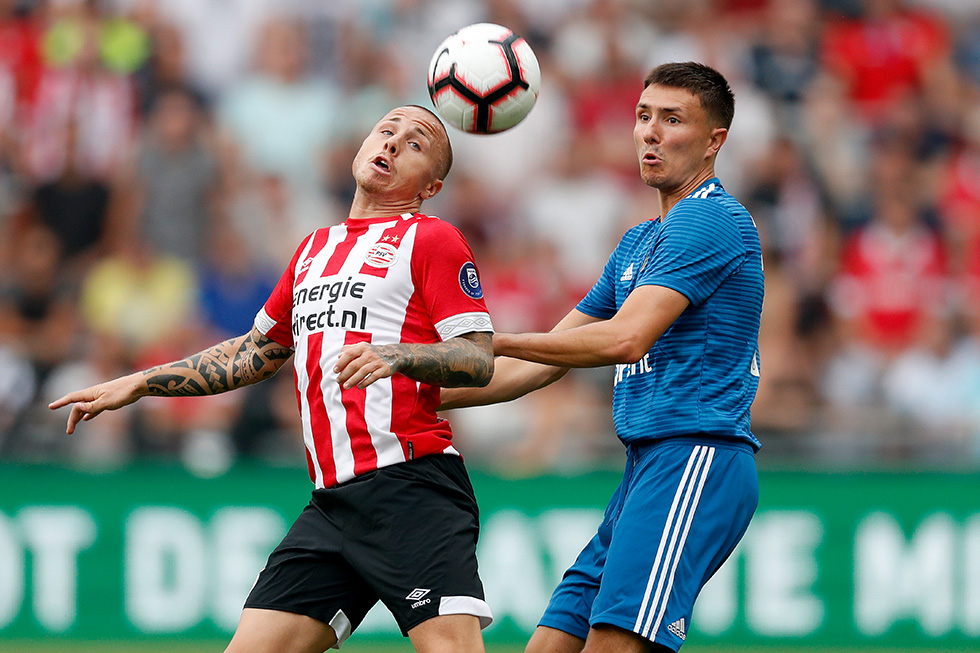 The second half was a more entertaining affair. Feyenoord showed greater purpose but failed to create any chances of note. Luuk de Jong thought he had opened the scoring six minutes after the break but had his goal disallowed for a foul and the VAR did not overturn the decision. Hirving Lozano came on to the delight of the home and, superbly played clean through by Jorrit Hendrix, Bijlow denied the Mexican striker. Feyenoord had a great chance to wrap up the game when Tonny Vilhena was one-on-one with Jeroen Zoet. The PSV keeper kept his side in the game by pulling off a fine save. It was still goalless after 90 minutes and the match went to penalties, with the ABBA penalty shout out system. Angeliño stepped up to take the winning penalty but sent his spot kick over the bar, while Jordy Clasie did not miss. The Feyenoord fans erupted in rapture as their team won the first prize of the new season.