PSV were looking to get their first three points. They put in a fine team display in an entertaining game, created plenty of chances and claimed a deserved 2-1 victory against Omonia. Gomez gave the host the leads with a wonder strike from his half. Malen put PSV back on level terms. Roger Schmidt’s men could not convert their dominance after the break but kept on fighting and Malen became the hero when netted the winning goal at the death.

Wonder strike from Gomez; Malen levels
PSV were without several first-team regulars. Jorrit Hendrix partnered Boscagli in the heart of defence, while Teze, who flew to Cyprus this morning, occupied the right-back slot. The hosts dominated the early opening stages and Yvon Mvogo was called into action a number of times. At the other end, Madueke came close when he started a fine solo run in the 15th minute. The young Englishman evaded a few Omonoia players but had his shot blocked. Just when PSV started to pass the ball round and keep possession for some spells, they conceded a goal in the 32nd minute. Omonia won a free kick in the middle of the pitch. Jordi Gomez spotted that Mvogo had left his line and Omonia’s captain beat PSV’s goalkeeper just from own half. It looked like the ball was not stationary when the free kick was taken but the goal stood: 1-0. It was all square again five minutes from the break. Mario Götze found Noni Madueke, who cleverly played in Donyell Malen and PSV’s striker up front comfortably tapped the ball home with the outside of his boot: 1-1. 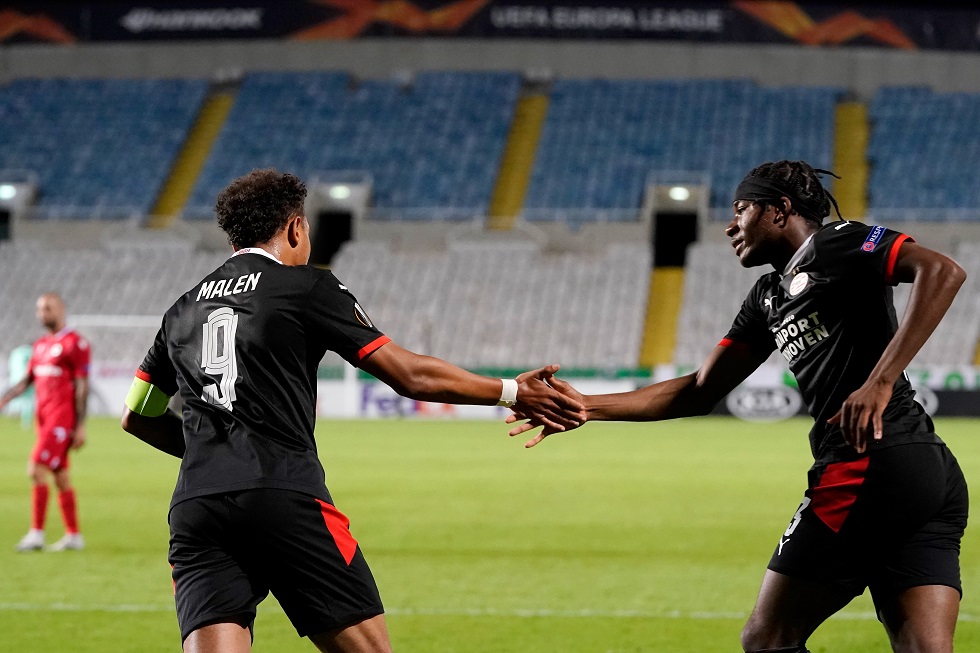 PSV miss four chances before Malen scores the winner
Ďuriš had a golden chance to put Omonoia ahead, when he capitalised on a defensive slip but he wildly blasted the ball over the bar. The second half was an even contest but PSV had the better chances. Teze fired an effort across the face of goal. PSV started some promising moves, playing some nice one-touch football. Madueke combined with Max on the left flank and the German left back narrowly missed the target. Madueke, again, burst down the left wing but Malen just could not connect. PSV had another goal gilt-edged chance with Mohamed Ihattaren pulling the trigger but he had his close-range effort blocked by Hubocan who denied PSV an almost-certain goal. Fein came on for Madueke in the 83rd minute. Malen had the third big chance for PSV but keeper Fabiano made a save to deny him. The Omonia shot stopper made another crucial save to thwart Ihattaren, but he did not stand a chance when PSV’s captain slotted home at the death: 1-2. PSV will continue their UEFA Europa League campaign next week Thursday when they travel to Greece to take on PAOK. 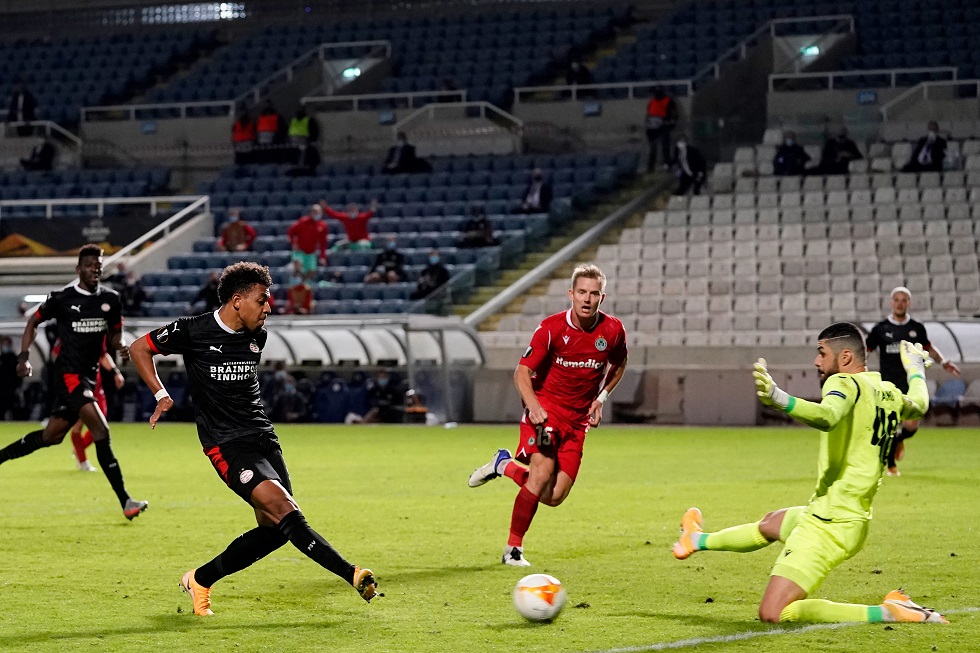